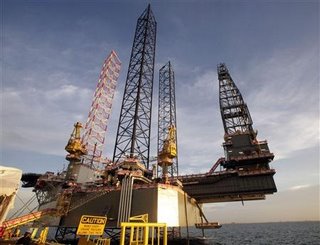 At a conference with OPEC representatives in Doha this weekend, on the ever-increasing price of crude oil - standing at $75 a barrel, some 40 percent higher than it was a year ago - EU energy commissioner, Andris Piebalgs, was heard to complain that the current high oil prices were destroying EU growth.

This is according to Reuters, which recorded that all delegates present agreed that the current record price was a danger to everyone. Needless to say, no solutions were offered on how to bring prices down.

However, as always, nothing is quite what it seems. In inflation-adjusted terms, the price of oil went above $80 a barrel in 1980 and, according to Bill Jamieson in The Business, citing Richard Batty, analyst at Standard Life Bank, the price of oil has been so deflated by the US consumer price index that it "would have to be above $110 a barrel to match the prices seen in the early 1980s".

This raises an interesting issue, which those with longer memories will affirm. In 1973 – the year we joined the "Common Market" - I recall paying 33p a gallon for four-star petrol at the pumps at a time when a comfortable salary for a professional was in the order of £2,000 a year. Now, an equivalent salary is £25-30,000 and the petrol at the pumps is just over £4 per gallon. By my reckoning, the price to earnings ratio is just about at parity.

But there is another factor. Back in those days, I was driving a Hillman Imp, which could produce 30 mpg on a good day. Currently, I can get that out of my 3.5 litre BMW and an equivalent modern small saloon could produce nearly twice that mileage. Therefore, the amount spent on petrol, for equivalent mileage, is considerably lower than it was.

To an extent, the same applies to industry, and even home energy consumption. More efficient equipment in the factories, and things like double glazing, wall insulation and hi-efficiency boilers in the home, have slashed energy costs, making us proportionately better off, despite the current price levels.

And there's the rub. If equivalent energy costs – and especially oil prices - are actually lower than they were 30 years ago, then in the interim period, they have been relatively cheap. It could be argued, therefore that, far from the economies of the EU member states now being excessively burdened, they have been enjoying a "free ride" on the back of oil producers for the best part of three decades.

Having absorbed the relative price drop in providing benefits for their pampered populations, they now find they cannot cope with what, effectively, amounts to a price adjustment, and are bitching about the damage to their economies.

Given that each member state takes a far bigger cut from the retail price in taxation than the producers ever get, however, it is hard to find much sympathy for the egregious Mr Piebalgs and his European colleagues.