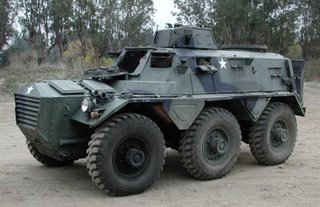 UKIP, according to the BBC has said it would also be parking a "Saracen armoured car" outside the Conservative spring conference in Manchester on Saturday, in a publicity stunt designed to show "that UKIP's tanks are firmly parked on David Cameron's lawn". 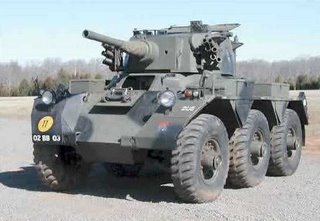 For those of you who might think the difference is somewhat academic, the actual armoured car of the series is the Saladin (pictured right). The difference is, in fact, rather obvious and, if UKIP cannot tell them apart, then no wonder the party is not able to engender much in the way of credibility.