The next Italian Justice Minister inherits a headache 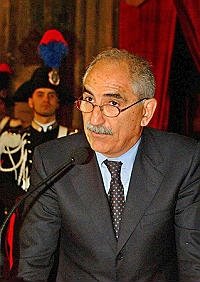 While the outcome of the Italian election continues to be disputed (we might hear a little less about the American presidential election of 2000 in future), the probably outgoing Justice Minister is leaving a headache to his successor.

“Justice Minister Roberto Castelli informed Milan's chief prosecutor that he would not submit a request to the Bush administration for the extradition of the 22, who are accused in a 477-page arrest warrant of carrying out the kidnapping three years ago. He gave no reason for denying the politically sensitive request made by the Milan judiciary five months ago.”

However, Armando Spataro, the Milan prosecutor, who heads the investigation into the case of the alleged abduction and delivery to the Egyptian authorities in 2003 of Osama Mustafa Hassan Nasr also known as Abu Omar, is not giving up.

If Romano Prodi becomes Prime Minister after his less than glorious victory, still, as noted above under challenge, then there is a better chance of a request for extradition. Not that it will lead to anything. The American authorities have already announced that they would not extradite the named individuals.

Spataro intends to prosecute and try the 22 present and former agents in absentia, possibly this coming autumn, whether the Italian government puts in a request for extradition or not. Should be an interesting trial.