Another loss of nerve 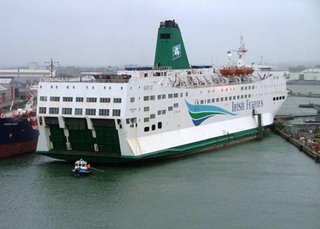 If there were any doubts, a further indication of the weakness of the EU commission has been reported, this one by Lloyds List (no link) which says the commission is holding out against pressure from MEPs for the controversial EU "manning directive" to be resurrected.

This is the directive that was introduced 1998, to prevent shipping companies operating in EU member state waters from changing flags in order to employ cheaper crews. The proposal was withdrawn in 2004 because the commission could not muster the required majority in the Council and Jacques "Wheel" Barrot has now confirmed that there will be no second attempt in the foreseeable future.

Amazingly, we have heard words from the commission, the like of which we never would have expected and which would have had Jean Monnet turning in his grave. In response to a parliamentary question by French MEP Henri Weber, the commissioner said his services would do "everything short of legislate".

Despite recent high-profile cases where Irish Ferries and Louis Dreyfus Armateurs switched flags in order to cut staffing costs, Barrot admitted he was not prepared to risk another legislative failure, despite, as he told the MEP, "The commission is conscious of the extent of the phenomenon of the substitution of Community crews by other seafarers at lower cost and notably of the risk of considerable job losses for Community seafarers and as a consequence of maritime know-how."

Thus, while the march of integration continues onwards, many of the directives coming into force have been going through the process for years. Currently, though, the commission seems to be suffering from a loss of nerve when it comes to framing contentious new legislation.