Now we are truly European 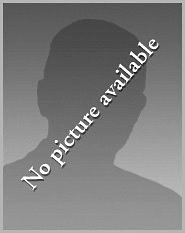 One of the constant refrains of that lower order of being known as the "Europhile" is that Britain is not sufficiently "European" in its outlook.

No longer is that the case, it would seem. Courtesy of The Times this morning, we learn that the senior immigration inspector in charge of the unit responsible for deporting foreign criminals – which has so spectacularly failed to deliver the goods - was promoted to a new post as the crisis worsened last autumn.

This is Alan Kittle, who was running the criminal casework team, the special division of the Immigration and Nationality Directorate (IND) that dealt with foreign nationals in British jails.

For failures to be rewarded is a well-known characteristic of the European Union, not least when the Santer commission was forced to resign in 1999. Barring Edith Cresson, not one of the commissioners was sanctioned, while Jacques Santer was given a cushy job as an MEP and our own Neil Kinnock was promoted to the position of commission vice-president in charge of cleaning up fraud.

Similarly, with the Eurostat fraud in 2003, described as "a vast enterprise of looting", not one of the officials identified was ever disciplined and several were later promoted.

The anonymous Mr Kittle – for whom there seems not to be a published photograph - therefore follows in the honourable tradition of European administration, of which the Europhiles can be justly proud.