I may be gone some time 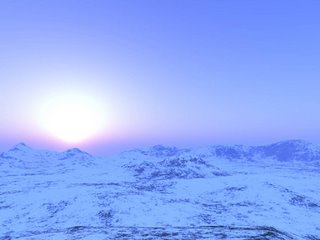 You really do have to wonder about MSM headline-writers, to say nothing of some of the journalists that fill up the rest of the space.

Take, for instance, one of the headlines in this morning’s Sunday Times which proclaims, "Prodi plan to leave Britain out in EU cold".

According to journalist John Follain, Prodi "has unveiled a plan to speed up the integration of a core group of European Union countries", only rather than leaving Britain "in the cold", this would leave her "on the sidelines".

His priority, says Prodi, is to forge an alliance of what he called "the countries most determined to push for a common European policy", declaring that, "We need a strong relationship not just with France and Germany but also with the so-called group of six, countries like Belgium and Luxembourg — but not the Netherlands."

Prodi has called for more harmonisation of economic policies with the eurozone given "a stronger political dimension", the immediate appointment of an EU foreign minister and the abolition of the right of national vetoes on foreign policy decisions taken by the European Council.

He also believes that the EU should relaunch talks on the EU constitution after next year's French elections, aiming for a much more simplified constitution which focuses on the big principles. It should then be put to voters across the EU in a referendum at the same time as the European elections in 2009.

All this is so much fluff, much as you would expect from an ex-commission president, but Prodi should know that, since Italy does not hold the EU presidency until 2014, it will not be able to set the agenda.

But, even if the man's agenda could hold sway, by what measure should not being included in a group of countries determined to commit collective suicide be considered as being "left out in the cold" or even "sidelined"?

A closer parallel with Prodi might actually that of Captain Oates who, as a member of Scott's ill-fated Antarctic expedition, left the relative safety of the hut in which they were holed up, saying, "I may be gone some time". Considering that neither he nor the rest of the expedition survived, the parallel is, perhaps, uncomfortably close.