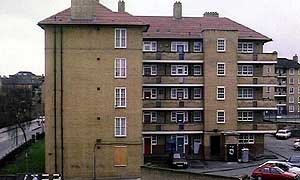 I looked at this this morning and it didn’t make sense, so I saved it for later, when I could read it more carefully.

Now I have read it carefully, together with this and this, it still doesn’t make sense.

It is not the words. They do make sense. What doesn't make sense is that we are told that three appeal court judges ruled yesterday that two Dutch citizens who were not actively looking for work were entitled to council homes.

That seems straightforward enough, if more than slightly objectionable, but then the plot thickens. Current rules mean EU nationals can freely come to live in the UK if they are working or self-sufficient and, if they stay to work, they are not entitled to council housing. With me so far?

Now, if they do not have money or are not looking for work, they are not entitled to stay in the UK and "become subject to immigration controls" – which means they can be deported. At that point, however, our learned judges have ruled, they fall into the "economically inactive" category and become entitled to be considered for a council house.

This was from Lord Justice Buxton and his colleagues ruled, dismissing an appeal by the London borough of Barnet against an earlier decision in favour of two Dutch nationals on income support.

These were not just any old Dutch nationals though. They were Hassan Ismail, a widower and sole carer for his two young children, and Nimco Abdi, a mother of three daughters who fled war-torn Somalia and been granted Dutch nationality. They then moved to Britain, when they claim they have been unable to work since arriving in Britain because of their "childcare responsibilities", and demanded council housing on top of the income support they were claiming.

Interestingly, people not subject to immigration control may claim housing assistance only if they have a right to live in the British Isles. Anyone who is a national of a state within the European Economic Area is entitled to be admitted to Britain, the judge said, but that did not give them an automatic right to remain here.

Under section 13(2) of the Asylum and Immigration Act 1996, a person who requires leave to remain in Britain (and therefore can be removed) is subject to immigration control. That provision means "what its words say", Lord Justice Buxton concluded. Lord Justices Lloyd and Richards agreed.

The Mail puts all this a little more starkly. "Thousands of unemployed asylum seekers granted sanctuary elsewhere in the EU can move to Britain and claim free council housing," it says. "A court ruling yesterday opened the door to any poor EU immigrant to travel here and demand a home." Incredibly, it adds, of the "asylum seekers", if they get jobs, they lose the right to a free house.

A spokesman for the Office of the Deputy Prime Minister now says: "We are very disappointed with the judgement and intend to change the regulations as soon as possible." But officials were unable to say when this would happen or whether it would need Parliamentary approval.

In case I have missed something, the text of the judgement is here.