Nobody listened to us 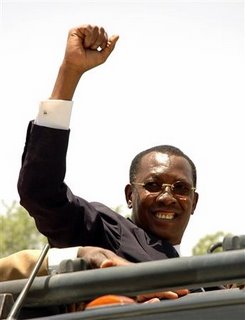 One of the singular statistics to come out the conflict in Iraq is that the cost of wear and tear on US military equipment – quite separate from the enormous costs of maintaining the US presence – so far amounts to $9 billion.

This sum alone gainsays those absurd conspiracy theorists who hold that US sought to occupy Iraq simply to gain control of the oil supplies. Given what the war is costing, the United States could have bought up the whole supply of oil for decades to come and still have change.

That apart, whatever opinion one might have of the US intervention in Iraq, no one can be under any illusions that there is nothing better that the Bush administration would like than to be able to pull its troops out of the country, leaving behind it peace, democracy and stability.

And, when push comes to shove, there is only one thing stopping that – groups of evil men intent on murder and mayhem, directed at furthering their own partisan causes. Make no bones about it – no one forces these men to murder. If the murdering stopped, peace and reconstruction would follow.

The same can be said of Palestine and the Gaza situation – which is rapidly deteriorating into a (largely unreported) civil war – where, if half the energies devoted to plotting, murder and mayhem, were turned to peaceful activities, the plight of the ordinary Palestinian would be alleviated. There would then be less need for the Palestinian Authority to pass round the begging bowl in an attempt to fill the municipal coffers, soaking up more funds from the international community.

But what is most damning about these situations is not their sheer cost – in wealth and blood – but the thing that economists like to call the opportunity cost. Taking just the $9 billion the Americans have spent on "wear and tear" in Iraq, this represents an enormous waste of wealth which could, in a tortured world, most certainly have been put to more deserving causes.

That much is evident from the deteriorating situation in Darfur and Chad where, if the world (i.e. the left-wing media) were not so obsessed with appeasing the evil men in the Middle East, attention might turn to resolving a problem which, in comparison, requires relatively modest intervention. The mere 20,000 troops estimated to be required to bring stability to the region, for instance, is but a small fraction of the resource devoted to the Middle East.

Such is the way of the world, however, that the situation in the Darfur region has been festering for over three years and, according to knowledgeable commentators in the region, the current developments were entirely predictable. 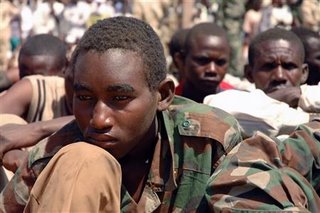 Thus, as Chad's president Déby closed his country's borders with Sudan, after Thursday's abortive "invasion", he found it necessary to declare, "Nobody listened to us", criticising the international community for being slow to react.

Such international reaction, if anything, unhelpful, not least the action of the World Bank which is insisting that Chad's oil revenues are devoted entirely to "alleviate poverty". This has prevented Déby financing his own military in a nation that is, after, all, under attack from outside agencies. When Déby, invoking national sovereignty, decided to use some of the money to improve his army, the World Bank suspended support to his government.

In response, Chad is threatening to halt its 160,000-170,000 barrels per day (bpd) oil output unless the World Bank agrees to a new deal, which would leave the country bereft of its main external income.

Yet, all we get from the United States is pious statements, urging "Chad, Sudan and other African countries to try to halt the violence", while France – the former colonial power – and Kofi Annan are merely condemning any attempt to overthrow Déby by force. Yet, all this while Chad is expected to house and sustain the 200,000 Sudanese who have taken refuge in the country.

France itself, has a 1,200-strong military contingent in Chad, and some aircraft, and is sending a further 150 troops, which is hardly sufficient to prevent what the International Crisis Group believes is the threat of a new humanitarian catastrophe on both sides of the border.

Given how highly "Africa" has featured on Tony Blair's agenda, and the recent grandstanding by Gordon Brown, offering £8.5 billion for primary education in Africa, one cannot help but feel that a little less talk and slightly more action would not go amiss.

In this context, the greatest humanitarian need in this part of Africa is a body of disciplined men with guns and orders to shoot to kill, the cost of which could hardly begin to approach the amount Brown has pledged. However, as long as the US is effectively neutralised by the Middle East, and by "world" opinion which would only condemn American intervention, the only credible force available must come from Europe.

Perhaps, on the graves of the countless thousands who have died and will die should be inscribed the words, "Nobody listened to us".