Rarely, since spin doctor Jo Moore decided that 9/11 was a "good day to bury bad news" has there been such a good opportunity to slide an unwelcome story out into the public domain in the certain knowledge that it would be virtually ignored by the media.

Definitely in that category is the decision by Blair’s government yesterday that it would not attempt to block the bid by the Russian state-owned Gazprom to take over Centrica, the owner of British Gas.

Mind you, when it comes to understanding the issues, the Telegraph business comment seems completely to have lost the plot. 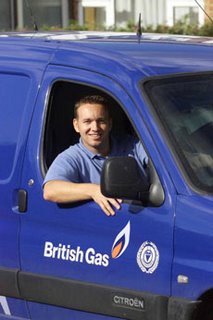 Britain cannot say 'nyet' to embrace of Russian bear, it declares, arguing that the government deserves credit for the consistency of its position. "Our outrage at France's protectionism would look pretty hollow", it says. "if we were to change the rules simply because we didn't like the cut of Gazprom's jib."

But, as we pointed out in our previous post, the situation is a little different. Gazprom is effectively an arm of the Russian state and its policy is determined not by commercial considerations but is dedicated to furthering Russian foreign policy objectives.

Thus, courtesy of Tony Blair, we look forward to having a vital supply industry controlled through a proxy by a foreign state, the interests of which are demonstrably not the same as those of the UK. And all that is happening without any serious comment from the media. Yesterday was a good day to bury bad news.