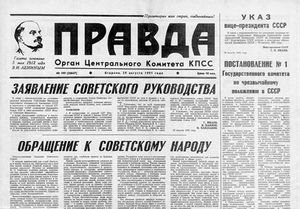 Alright, the Queen might have a few years on us, and come in a day earlier with her birthday, but today we are two years old.

Starting on 22 April 2004 – on the same day, incidentally, that Pravda, the voice of the Soviet Union Communist Party, started publication, now 94 years ago – we have since weighed in with 3,728 posts (not including this one) and are currently standing at over 750,000 hits, well on our way to our first million.

Together with our attached forum, which boasts nearly 450 members and just short of 18,000 posts, we are part of that new phenomenon in popular publishing, the "blogsphere" and are pleased that we have been able to participate in this exercise in applied democracy.

That said, the rationale for starting this blog was the then expected referendum on the EU constitution, promised by prime minister Tony Blair two days earlier on 20 April 2004. Thus, we declared, we intended to "rehearse and discuss the issues relating to one of the most important political issues of the day - the UK referendum on the EU's constitutional treaty."

With the rejection of the constitution by the French in late May 2005, and the Dutch in early June, however, the hopes of a British referendum evaporated. With it went the expectation of an upsurge of interest in EU affairs, leaving us without an immediate role and a question mark as to whether we should continue.

In the event, with a change to our strap-line, which became: "To discuss issues related to the UK's position in Europe and the world," we have since broadened our scope to cover a wide range of current affairs, domestic and foreign, all loosely related to "our position in the world".

Inevitably, as befits our title – which we retain in the hope that, one day we will be given a referendum on our EU membership – our primary focus is on the European Union, the progress of which we have endeavoured to chart in our own halting and inadequate way.

Apart from its complexity, what partially defeats us is the range of the issues covered by the "project", which would keep a far larger team than us two fully occupied. But the biggest handicap of all is the sheer tedium. For what should be a vibrant, all-absorbing political experiment, the great genius of the "colleagues" is transform issues of great importance and relevance to us all into an exercise in applied boredom.

Many a night, as we have sought to follow the tradition of putting up on overnight posting – which we have come to call our "Horlicks", after the eponymous bed-time drink – we have groaned inwardly at the leaden, inane prose that confronts us, wondering how on earth we can present something, anything, that will entertain and inform our readers.

So far, we have managed, with greater or less success, and we must be pleasing (and, we hope, irritating) some people. For, although the Blog has not produced a spectacular growth in readership, the pattern has been a slow, consistent and entirely unspectacular increase, to the extent that we now routinely record 2,000 "hits" in a day.

By some happy chance, that means we recorded some 250,000 "hits" in our first year and just over 500,000 in our second – doubling our readership. That leaves us with an entirely unreasonable expectation of pulling in a million in our third and a warm but completely unrealistic fantasy that – at the current rate of growth – in ten years hence, we will be taking 500 million "hits" in the year. Such is the power of wishful thinking.

Nevertheless, we believe we have proved that there is an niche market for opinionated, occasionally obnoxious and undoubtedly misinformed (as our critics would aver) commentary on the affairs of the EU, the ubiquitous tranzies and the machinations of the Boy King as he seeks power without in any way recognising where the real power lies in this country.

Melting glaciers notwithstanding, we shall continue to develop that niche for as long as we are able and for as long as our long-suffering and loyal band of readers continues to frequent our site, in anticipation of our third birthday or Armageddon – whichever comes sooner.