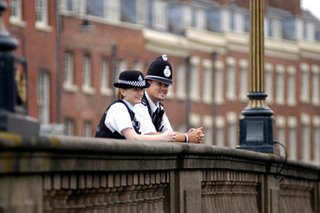 According to the report on The Guardian website and elsewhere, new "superforces" will be created in East Anglia, the Midlands, the south east and Yorkshire and Humber.

Since none of the forces have agreed to the merger, the home secretary must now undertake a period of "consultation", which ends on 11 August. Needless to say, the results are a foregone conclusion as Clarke has said he expects to begin merger procedures in the autumn with the new forces coming into operation on 1 April 2008.

This is one of the most egregious examples of a doctrinaire government flying in the face of public and professional opinion, for absolutely no good reason. The issues have been explored fully in a report written by Owen Paterson MP, with a little help from his friends, and I commend you to it (32 pages - .pdf format).

Because the mergers bring the police forces closer to the regional structures favoured by this government – alongside the ambulance and fire services – this is being seen by some as part of a hidden EU agenda. However, while regionalisation, as such, is in accordance with EU ambitions, there is no good evidence that this current move is being dictated in any way by the EU – nor indeed are the police structures that will result to be found in any other EU member state.

What is certainly the case, though, is that this government is an intellectual companion of the EU in its denial of democracy and its authoritarian behaviour, illustrating once again that, when it comes to dealing with the governance of this country, the EU is only one part of the problem.

The more immediate problem, however, is that many police forces are already too large and detached from their community roots, with no real accountability. These "mergers" are going to make a bad situation inestimably worse, with results that are only too predictable. Today, is a very, very bad day for democracy.