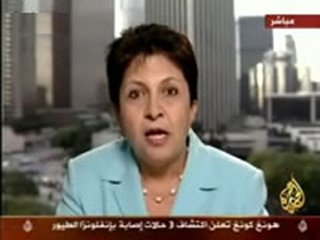 It is not often that we entitle a posting with those words but we must give a cheer for an article on the National Review website.

Resisting Intimidation is a piece by Paul Marshall, who is senior fellow at Freedom House's Center for Religious Freedom and the editor of, most recently, Radical Islam's Rules: The Worldwide Spread of Extreme Shari'a Law. In other words, he is a man who does not view Islamism through rosy spectacles and, also, knows what he is talking about.

His theme is very simple. There are courageous Muslims both in the West and in the Islamic world who oppose totalitarian Islamists. They and their families are under threat and we must give them all the support we can.

Instead, the West, led, though very willingly, by the various tranzis, goes out of its way to appease the most oppressive and most violent of the Muslim groups, betraying not only its own people and supposed values but also the very brave souls who have joined battle within the Islamic world.

“Jihadists have taken heart from the many confused and appeasing government responses to the violence over the Danish cartoons and are escalating their offensive. Groups such as "Supporters of God's Messenger" now aim to silence any prominent Muslim who dares to criticize their actions and beliefs and suggest a modern interpretation of Islam.

Appeasement of such groups will not work. If cartoonists rein in their satire, if pundits and politicians carefully guard their language, violent Islamists will accept their victory and move on to demand the next part of their agenda — the silencing or death of those who reject or criticize their program, including, especially, Muslims.”

Read the whole article. It is well worth it.