Aren't we being a little bit precious? 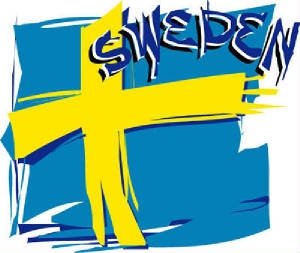 According to AFP, via DefenseNews, Sweden's foreign ministry and military officials have announced that Sweden has withdrawn from European military exercises due to be held next month in Italy because of Israel's participation.

These are the "Spring Flag" air exercises due to take part in Sardinia from 8 – 25 May and were to were to consist of nine countries, Belgium, Britain, France, Germany, Israel, Italy, Netherlands, Norway and Sweden, who were all to train together for future peacekeeping operations.

"The F17 air base in Blekinge, in southern Sweden, was due to represent the Scandinavian country in the exercises but we received orders from military headquarters to pull out," F17 spokesman Kent Loewing told AFP.

The argument, to put it mildly, is a little muddled. Foreign ministry spokesperson Nina Ersman explained that Sweden did not want to take part in the exercise because Israel was and the reason for that is that, "Israel is not currently conducting any peacekeeping operations." What does the silly woman think Israel is doing in its own backyard?

Another ministry spokesperson, Christian Carlsson blundered on: "Our analysis of the situation for the time-being is that an Israeli participation in this kind of peacekeeping effort is unlikely given the political situation in the Middle East."

So, um, what are we talking about? Peacekeeping operations in the Middle East or somewhere else? How many is Sweden taking part in at the moment? In any case, even if Israel is not conducting peacekeeping operations, what's to stop these countries from training together, in case future occasions arise?

More to the point though, the Sweden has not always been so, er.. sqeamish. As early as 1952, four years after the foundation of Israel, the Swedish government sold her 25 surplus F-51D Mustang fighters, in defiance of a Western-sponsored arms embargo.

Furthermore, Sweden has been quite happy to avail itself of Israeli military technology. Between 1995 and 2001, Israel was third biggest arms exporter to Sweden, selling military equipment to the value of about 330 million Swedish crowns.

This included, in 1996, 120mm ammunition for tanks and, in 1997, ground penetrating radar. As late as 2004, the two countries were co-operating on the development of an explosives detection system.

Altogether, one might think, this paragon of Nordic virtue is being just a little bit precious.