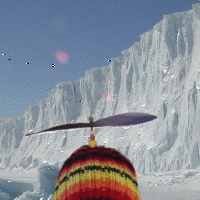 I hope readers will forgive my wry smile every time John Blundell writes on the evils of the European Union, which he does not infrequently now, most often in The Business. As director of the Institute of Economic Affairs (IEA), he heads the think-tank credited with much of the pioneering work that led to the Thatcher revolution yet, for the many years that I have known Blundell, he has kept silent on the EU.

Now that he has "come out", I suppose we should be grateful, but one cannot avoid commenting on the irony of his latest piece, headed "Cameron's deafening EU silence".

Despite this, Blundell does make some good points, noting that Socrates observed that a man's silences can say as much about him as those topics upon which he is loud – there's a classical education for you.

David Cameron, he writes, says nothing about the European Commission. His shadow cabinet is silent too. Oliver Letwin, "his genial and clever lieutenant" (Really?), explains this baffling elusiveness as "concentrating on mainline issues". The whips warn backbenchers that to discuss the topic is "unhelpful". But the imperious ambitions of the EU could not be more "mainline". Cameron is making a mistake. He is missing a huge opportunity.

Blundell sees a public critique of the EU as an excellent vote-seeking practice and argues that Cameron's "political antennae" should tell him that the "settled and preponderant view of the opinion polls is hostile to the EU". He adds, with not a little chutzpah, that the problem is our political élites will not discuss it.

The problem, actually, is that our "political élites" will not discuss all manner of things, not least immigration, the results of which The Sunday Telegraph records on its front page, noting that white working-class families are increasingly tempted to vote for the BNP, reflecting the lack of interest displayed by the Labour Party in their plight.

As far as Boy King goes, however, I am increasingly convinced that his main problem is no more or less than stupidity. It is only that, combined with the sort of arrogance that is so common in this type of "Tory toff", and the detachment from the real world than comes from his cliquish isolation, that could explain his total lack of political acumen.

As our own (if we may call her that) Christina Speight puts so aptly in the Telegraph letter column:

David Cameron repeatedly insists that the Tory party needs to change without indicating any specific changes. His achievements, so far, include installing a wind turbine on his roof to power three light bulbs and going to Norway to watch a glacier melt.

Booker also has a tilt at the Boy King in his column, relaying the views of Tory activists, MPs and councillors, that that the party "has been hijacked by a gang of spoiled children who appear to have no contact with the realities with which the rest of us live."

Thus it is that we have a curious political vacuum that allows a discredited, sleaze-ridden Labour Party to run neck-and-neck in the polls with a Conservative Party which should, at this stage in the electoral cycle, be sweeping all before it.

Talking of problems, therefore, "the real problem," as one dismayed senior Tory told Booker (and a very senior one at that), "is that it is going to take two more years before this disaster can be undone. Labour walks the next election, and then we're going to have to start all over again."

But that may not be an option open to the Tories. As one of our own readers pointed out to me, if the BNP suddenly 'does a UKIP' into double figures (at the local elections) then we may yet end up with a position where it's easier to fix the BNP and take that forward than to fix the Tories... "I thought that about UKIP - once," he writes, "but BNP is more structured, more professional, and more disciplined. I'm a lot more inclined to see a future for BNP now than even 12 months ago - and that was BD - Before Dave!"

That may be the Boy King's true legacy… in the years AD (After Dave), British politics may never be the same again.