The brick that will not fly 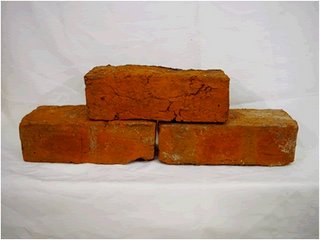 I do not suppose there are many people who either knew or cared that the finance ministers of the EU member states met over the weekend in Vienna. For those who can bear to contemplate the eternally dull goings-on, however, they should know that, according to media reports, Peer Steinbrück, the German finance minister called for all twenty-five member states to adopt a common corporate tax base.

This is something of a hardy perennial and is about as likely to fly as your average house brick, even though the EU commission is scheduled to make a proposal by the end of 2008. What gets interesting, therefore, is Steinbrück's "second-best solution", what he calls, "moving ahead with a smaller group of countries willing to give up autonomy on taxation".

This is our old friend, "enhanced co-operation", with Germany and France in the frame as the "pioneers", set to overcome the rooted resistance of Britain, Ireland, Slovakia, the three Baltic countries and Malta, all of which are opposing tax harmonisation.

This opposition was explored in the Irish Times yesterday (no link), where it was pointed out that Ireland was “implacably opposed” to harmonisation, despite the current tax commissioner Laszlo Kovacs waxing lyrical about the "significantly reduced compliance costs for firms calculating their tax burden."

From this article, it appears that there are now anywhere up to ten member states opposing the plan and strenuous attempts are being made to kill it off. Leading the fray was Irish finance minister, Brian Cowen, who damned Kovacs's baby with faint praise, describing it as "a very interesting academic exercise". Adding that it would only serve to undermine national sovereignty, he then suggested that Kovacs should work on more pressing tax matters.

Three defenders of the plan are France, Germany and Austria, which leaves Kovacs thinking about "playing a trump card", the so-called "enhanced co-operation". However, that still requires eight countries to give their assent, and there are no indications yet that enough will come out of the woodwork.

Nevertheless, as we all know, the commission never gives up, and the issue is again to be debated by finance ministers in June. Without re-writing the laws of aerodynamics, however, Kokavs has little chance of it flying then.