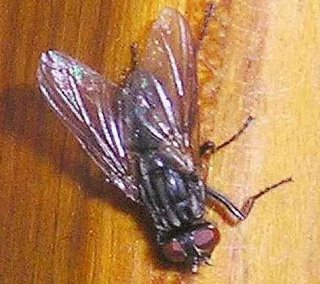 In a sense, it is great fun watching politicians and the increasingly vacuous media correspondents struggle to come to terms with their own unpopularity. For such – as been correctly diagnosed – is the real reason for the apparent surge in popularity of the BNP.

But this is only entertaining in the way that one used to derive pleasure from plucking the wings off flies and seeing them squirm. It is an entirely destructive activity which leads nowhere.

However, given that the political classes are both so inept and detached from the realities of everyday life, it has come to pass that the only meaningful political activity left to ordinary people is to watch politicians squirm. The more one can engineer such situations the better, which makes voting BNP the obvious option. It is equally destructive, but has the same entertainment quotient as dismembering flies.

Eventually, one hopes, dissatisfaction will build up to such an extent that it will turn a quiescent, cowed population into an active, rebellious force, which will re-impose democracy on the political classes, and demand change. But, like many, we are not holding our breath.

What is particularly depressing, at the moment, is that we lack a credible opposition though which our energies can be channelled. A bad government is tolerable, to an extent, if there is prospect of change and there is hope of something better on the horizon.

But when as Lord Onslow points out, we have an opposition which has retreated from its task, and we have a vacuous leader, communing with glaciers, there is little chance of a change of government bringing any relief.

To that extent, our main preoccupation, the battle against the European Union takes on an entirely new dimension. As we have ceaselessly pointed out, our membership continues only with the acquiescence of government and the permission of Parliament and its is through our own domestic legislature that we must seek salvation.

But when we have both government and opposition refusing to engage on the issue, then we are deprived of any “legitimate” mechanism for expressing our dissatisfaction through the democratic system, and no means by which we can secure change. Parliament, therefore, ceases to be an expression of the will of the people, but a barrier to it. And at the front of that barricade is the Boy King.

Thus, in terms of our campaign against the European Union, we are going backwards. No longer is there any mainstream political party which will even address the concerns of a huge proportion of its electorate.

The alternative is a weakened, self-obsessed UKIP, which has long ceased to offer any hope of political relief. That, in every sense, is no alternative - which leaves only the BNP, as the last remaining party which opposes our continued membership of the EU.

One wonders, therefore, if the Boy King, in calling on voters to support any party other than the BNP, really knows what he is doing. At one, he is telling us not to support a party which holds a view which we would support, yet he is offering no alternative.

If we take his injunction at face value, therefore, we have no alternatives at all. Which leaves only one other option – the Boy King must go.