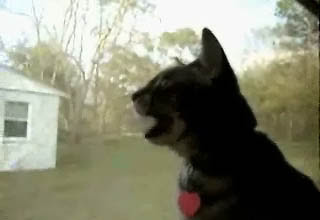 Rees-Mogg adds his ha'pennorth on the constitutional Lisbon treaty in The Times today, opining that, "The British will never trust those who deceive them".

Many of the comments are entirely familiar, but it is interesting to see him bang on about the "trust" issue. We, of course, would disagree about the relevance of "trust", as we have observed not once but several times.

Nevertheless, this is how Rees Mogg want to characterise the issue, noting that the result of the referendum vote "is a direct conflict between the public and the parliamentarians, a conflict made worse by more than 300 Members of Parliament breaking their election commitments." He then asks, "How can we trust such people?"

Well, we cannot, but then we never could – which rather makes the point redundant. More than redundant, but way off mark is the next point. Writes the great man: "Most Eurosceptics want Europe to be reformed, not destroyed…"

Oh dear! After all these years, and all the failed attempts at seeking "reform", has it not yet dawned on the man that the EU is incapable of reform. Even his heroine Margaret Thatcher has reached that conclusion but, more to the point, if it was ever "reformed" in the way that some advocates would wish, it would no longer be the EU. Rees-Mogg, therefore, suffers with others, the barking cat syndrome.

Despite this, the Mogg tells us that many such Euroscpetics - how ever much it may annoy the Eurofanatics - are the "good Europeans" who have Europe's long-term interest at heart. And, continuing the trust theme, he concludes:

No political society survives without trust. British voters believe that they have been deceived about the Lisbon treaty, a promise has been broken, and the breach justified by lies. If the EU cannot trust the people, the people cannot trust the EU.

Again we have woolly thinking. "Europe" is not the European Union. The one is a continent – the other an alien form of government. We all wish "Europe" well, in a general sort of a way, but it is impossible to have the long-term interests of the European Union at heart, when it is that construct which is inimicable to the wellbeing of us all.

Here though, lies the ailment at the heart of our establishment – of which Rees-Mogg is a part. Unable to come to terms with the reality that the only way forward is to get out of the Evil Empire, they wiffle and waffle round the edges.

How long is it going to take, one wonders, before these people accept the obvious conclusion.