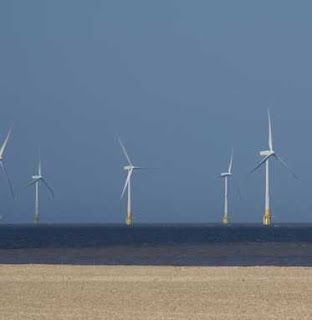 When earth-shaking events are afoot, moving at such a speed and with such complexity that one is struggling to keep up with the news – much less understand it and begin to evaluate it - the natural human response is to retreat from the enormity of it all and bury oneself in the trivial or the familiar (or both).

This, one suspects, is what the Conservative Party is currently doing – to say nothing of the political commentators and the many British bloggers who purport to cover the political scene. Their responses to the epochal events of the last weeks are akin to the housewife who, on being told that a world war has broken out, decides her first priority is to make a cup of tea.

How else – when the entire global financial order is possibly on the cusp of a melt-down – can you explain a political party which lays claim to being the natural party of government, devoting its Spring conference to discussing "family friendly" policies?

Another natural tendency is to try to relate these great events to personal experiences – on a human scale - or to assess their impact in terms of how it will affect very specific, human activities. This can be seen with much of the media coverage being devoted to how the current market turmoil will affect mortgages. Trying to assess the bigger picture is just too difficult and – as many will admit – too frightening.

For all of us in the commentary game, however, the situation does create very real problems. Simply following the torrent of coverage is to duplicate much of that which already exists, and to offer uninformed analysis (is there any which is fully informed?) is simply to waste time and effort.

On the other hand, we can treat the news of the (possible) meltdown of the global financial system as just so much media fluff. After all, nothing has physically changed since yesterday, or last week. The grass is still green, the birds are singing and the magpies are nesting. Concentrate on the real world and leave the rarefied and highly artificial world of high finance to those who understand it.

Either that or one can simply walk away from it all and indulge in displacement activity. Late last night, I found myself – out of idle curiosity – attempting to list from memory 100 aircraft types operated by British forces during the Second World War. I got to 86 (including the one illustrated - clue: it isn't a Spitfire) and that was possibly the most productive thing I've done all week.

Oddly, this is a piece that I had no intention of writing. As with most good and bad things, like Topsy, it just growed. The real intention was write an off-beat introductory paragraph to draw attention to the possible downstream effects of the so-called "credit crunch", with this piece in today's business section of The Daily Telegraph.

It informs us that Centrica, the owner of British Gas, is in talks with potential investors about funding for its massive £3bn expansion into alternative energy following a sharp rise in project costs. Centrica, already building the world's largest offshore wind farm at a cost of £300m, is planning another £600m project and has found that its costs have risen by £100m in just a few months.

The firm is now worried about how it can plan for long-term investments that could spiral out of control. The crunch is that government targets for energy companies involve building 33 gigawatts (installed capacity) of offshore wind by 2020. Three years ago, the industry estimated meeting this figure would mean investment of about £40bn. Currently – i.e., three years later - that cost is put at £80bn.

We, of course, would be the first to rejoice at the thought of the wind farm bubble bursting, but the problem is that the government and energy industries are so reliant on this source of energy that, without it, it is hard to see how the lights can be kept burning.

The crucial point of this, though, is that Centrica is experiencing these problems before the full force of phase two of the "credit crunch" has worked its way through the system. The thought thus occurs that, at a time when record investment into the electricity infrastructure is needed, energy firms might find themselves unable to raise the necessary capital.

All of a sudden, the "media fluff" about the global meltdown takes on a different meaning. This is not about "telephone number" losses by previously unknown (to most of us) financial institutions. It is about whether, in a few short years, we will be sitting in the dark, in unheated houses, because there has been no money left to finance new power stations.

On balance, I think it might be preferable to go back to counting aeroplane types. I only need another 14.