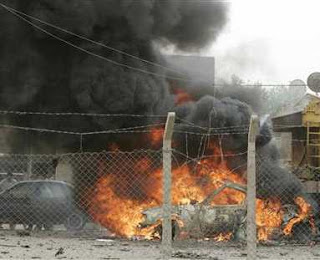 President George W. Bush speaking today – as reported by Reuters - has declared that Iraq is facing a new "defining moment".

"Any government that presumes to represent the majority of people must confront criminal elements or people who think they can live outside the law and that's what taking place in Basra," Bush said at a White House news conference.

But, not important enough for a comment by Gordon Brown. He is at the Scottish Labour party conference in Aviemore, near Inverness. The centrepiece of his speech was an attack on the SNP “not only because their policy is wrong but they are depriving people of the best chance of a future for Scotland in this new global economy."

It is good to know that we have such an outwards-looking prime minister, who is right on top of events.