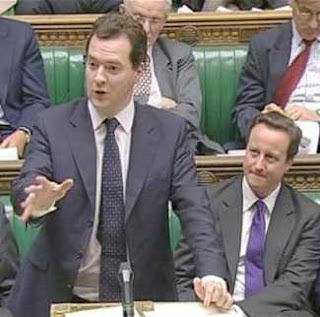 George Osborne, we are informed, "has unveiled an ambitious alcohol taxation package with the aim of reducing anti-social behaviour among young people."

To the evident approval of Conservative Home, he has announced targeted tax rises on alcopops, strong ciders and other problem drinks associated with binge drinking. The extra revenue raised, he says, will be used to reduce taxes on low strength beer and cider. Wines, spirits and 90 percent of beer and cider consumed in Britain will be unaffected.

The idea of a punitive tax on alcopops is by no means new. In August 2004, Deutsche Welle was reporting on efforts in Germany, Austria and France to target these drinks as a way of curtailing teenage drinking – problem which is increasing, as drinkers get younger (pictured below). 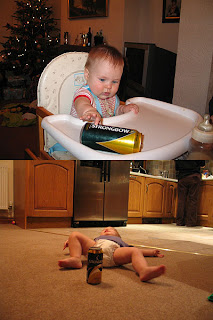 However, notwithstanding the fact that other countries have done it, The Independent tells us that, treasury officials believe it would not be possible to single out one drink for higher duty and so an overall rise for all spirits is under consideration, adding that: "Labour sources said a tax rise on alcopops alone would be illegal under EU rules."

On the other hand, the Tories claim – in their full announcement - that targeted tax increases “are legally permissible”, without incidentally stating under which law. According to legal advice received by the Conservative Party, they say, "Provided the duty is calculated by reference to the product's weight, quantity or alcohol content, there would be no problem."

Be that as it may, the very fact that the Tories had to check it out tells you something about the state of this nation. In effect, before they announced what they consider to be a major policy initiative, they had to get legal advice to determine whether or not their proposal was permissible under EU law. In the event that it ever becomes law, therefore, it will be "by permission" of the EU.

Even then, despite four other countries having taken action on alcopops, the situation for the Tories is not quite as clear-cut as they would have you believe – not least because they are also pulling strong beers and ciders into the net.

Here, they could well fall foul of EU law. The EU commission states that the "national treatment" rule on taxation applies, which means that states are forbidden from discriminating – either directly or indirectly – in favour of domestic goods against those from elsewhere in the EU. No exceptions can be made to this on health grounds, with the result that countries face certain restrictions in the design of their tax policy.

By this means, if a higher tax on, say, strong beers, had a discriminatory effect on imported products, any such tax could be illegal. But it goes further than that.

As it stands, a 1983 ECJ ruling (Case 170/78 ECR (1985)), the Court took the view was that all alcoholic products could be considered substitutes since (in this case, comparing whiskey and brandy) "the two beverages are capable of meeting identical needs". Since then, the Commission has traditionally taken the view that "all alcoholic drinks are more or less in competition" (COM(79)261).

A good analysis of the state of play can be found here, with much more. 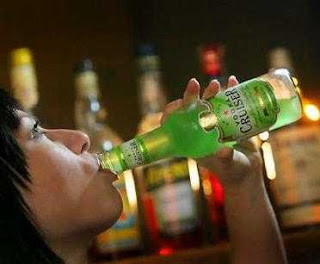 Needless to say, though, this is only the half of it. The involvement of the EU in alcohol policy is considerable and, amongst other things, under Article 93 of EC Treaty, the Council is required to adopt measures for the harmonisation of "turnover taxes, excise duties and other forms of indirect taxation" where this is "necessary to ensure the establishment and functioning of the internal market".

However, the Single Market programme of 1985 created a new impetus and the commission tried again, replacing all its earlier texts with a new proposal (COM(90)432) which became Directive 92/83/EEC in October 1992.

This Directive is currently in force and it defines the products on which excise is to be levied, and the method of fixing the duty (e.g. in the case of beer by reference to hl/degree plato or hl/alcohol content), and the structure of the taxation system. 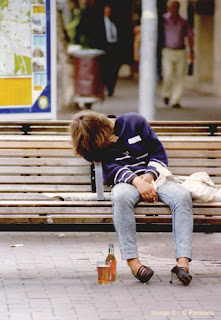 This could be highly relevant to the Tories' proposals as the Directive creates a hierarchy of taxation, with four different categories starting with wine, then beer, followed by "intermediate products" such as cider and perry and then spirits. Under this regime, member states could not, for instance, tax cider or beer so heavily as to put beer in the "intermediate" category or cider in the higher "spirits" category.

Putting this all together, the Tories might be able to get away with higher taxes on alcopops – although this is arguable. That other countries have managed to do so is no guide as the national legislation has not been tested in the ECJ. One successful case could have the policy in tatters.

As regards higher duties on high-strength beers and ciders, this is very questionable indeed, and it is unlikely that Osborne, if he even became chancellor, could ever take the action he is now proposing.

By the time Osborne becomes chancellor, however – if ever – the likelihood is that he will be too late to take any action. In October 2006, the commission published its communication on "alcohol strategy", based on its competences in the public health field, and is actively working towards producing its own legislation.

That may or may not be on the same general lines as Osborne's proposals but, whichever way it goes, this will mean that policy on alcohol abuse will become an "occupied field", preventing any unilateral action by individual member states.

This, of course, is but one issue. More and more, though, the Tories – and indeed our current local government – are going to find their freedom of action is restricted by EU competences, even on issues which, on the face of it, are not obviously related to the EU.

Thus, while Osborne might take what kudos he can from his current proposals, it is unlikely that he will ever be able to deliver on this, and many more things. His job, he will find, will be to do as he is told by his supreme government in Brussels.