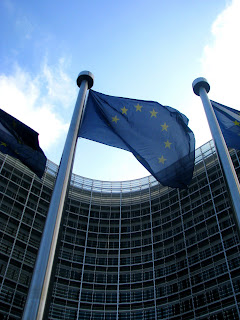 Via the Tehran Times, we learn of the next stage of the impending government reshuffle.

To replace Markos Kyprianou, who has been appointed the foreign minister of the provincial government in Cyprus, Androula Vassiliou has been nominated as the new EU commissioner for health.

Our government's president, José Manuel Barroso has informed the council and the EU parliament that he intends to assign Vassiliou the health portfolio, once the nomination has been approved.

There is no doubt that she will be approved. Androula Vassiliou is married to George Vassiliou, former president of the Republic of Cyprus (1988-1993) and Chief Negotiator for Cyprus' accession to the EU.

It is interesting though that (aside from the EU press release, which few of us actually read) the organ to carry the news is the Tehran Times. This, of course, is right and proper. We would not want a British newspaper telling us who our new health minister was, would we?

Oh, and by the way, if you think that health is not an EU "competence", try reading this and then this.