Thin edge of the wedge 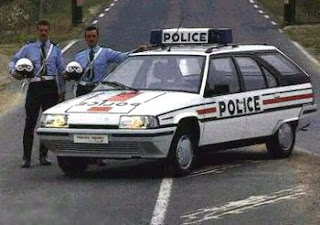 The normally hyper-active EU commission has been relatively quiet of late, keeping its head down while the constitutional Lisbon treaty is ratified, for fear of alarming the natives.

It was always anticipated, though, that one of the policy areas that the commission would gear up after the ratification was road safety – but it seems that Jaques "Wheel" Barrot, the transport commissioner cannot contain his excitement and has jumped the gun.

Reported by The Times and others, Barrot is proposing a cross-border strategy for the exchange of drivers' details so that they can be prosecuted for traffic offences when they are driving abroad.

If the proposal goes ahead – which, most likely it will – police in any member state will be able to demand the names and addresses of owners of vehicles registered in any other member state.

So far, the proposal is limited to speeding, jumping red lights, drink-driving and failing to wear a seatbelt, which "imperil road safety". These are involved in almost 75 percent of all road deaths (we are told). Moreover, only the enforcement of fines is covered, so member states will not be able to impose penalty points or disqualification on out of state drivers.

The case for pursuing foreign drivers is unarguable. Many feel they can drive with impunity abroad and, as a result, while they account for only about five percent of road traffic in the EU, they are claimed to be responsible for an average of 15 percent of speeding offences - 30 percent in some states.

However, while there have always been the traditional mechanisms of on-the-spot fines for foreign drivers, these are no longer feasible for drivers from EU member states as it leaves enforcement authorities prone to accusations of national discrimination, prohibited by EU law.

Thus it is that, having been partly responsible for the problem, the EU is now proposing a solution. And it will not stop there. This is the thin edge of a very large wedge which will end up in a huge, EU-wide harmonised driver database, harmonised traffic laws, offences and penalties and, eventually, a common drivers' license, issued under the authority of Brussels rather than national governments.

And all this will be done in the name of "road safety" – to which one cannot possibly object. Except that it will also serve the interests of European integration very nicely, which is the real reason why the EU is so enthusiastic about the scheme.

But then, we did warn – just short of a year ago - that the "euro-ticket" was on its way.

It just got that bit closer.