Events on the cusp 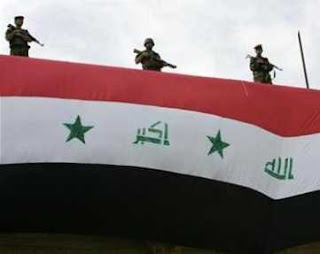 Although the events in Basra were the lead item on the BBC Radio 4 World Tonight programme yesterday, there is very little by way of detail to add, beyond that which we were able to glean yesterday morning.

However, make no mistake. This is a crucial moment in the whole five-year campaign to restore order and the semblance of democratic government in Iraq. Through Basra passes ninety percent of the country's wealth and by far the bulk of the government's income. While Baghdad is the capital, Basra is the economic heart. If Basra is lost, Iraq will follow.

On the line also is the entire post-war British policy on Iraq. For all that there was – by general accord – no plan in the immediate aftermath of the invasion, building up the Iraqi forces to the point where they were capable of independent operation has emerged as the policy which will best hasten the departure of British troops.

Thus, having committed to progressive disengagement, and the return of all three southern Iraq provinces to Iraqi control, that policy is no undergoing its most serious test. If the Iraqi forces fail and UK (or American) troops have to intervene, then the policy will have failed and be seen to have done so.

If, on the other hand, the Iraqi forces prevail, this will be a vindication of the British government’s line.

That said, with events on the cusp, capable of going either way, now is most definitely not the time – if ever there is one – to commit to a lengthy and expensive inquiry on the lead-up to the war. And, given the cost of the Saville inquiry, now well over £200 million – with no promise that it will ever get to the bottom of the events of Bloody Sunday – it is arguable that there never will be a right time to hold an inquiry.

More to the point, whatever mistakes may have been made in the recent past, what may prove to be either the biggest mistake or the greatest triumph of British policy is currently in the crucible. Therefore, to assess past decisions without reference to the outcome of events now unfolding would be – as lawyers like to say – otiose.

In many respects, the die is cast and we can only watch and wait - and hope that the outcome is favourable. We may not know this for some months yet. As Ali al-Dabbagh - Maliki’s spokesman - said yesterday, "This operation will not come to an end in Basra without the law prevailing and being respected" – and that may be some time.

There will be plenty of time, after that, for recriminations – if they are needed.