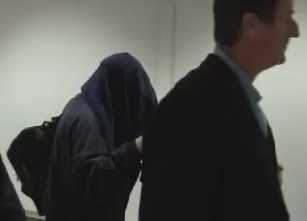 A paedophile who has lived in Australia for 56 years is deported to the UK, despite having emigrated from the UK at the age of five. He never applied for Australian citizenship, but he has no immediate social or family support network in the UK.

On the other hand, the Court of Appeal has decided that a 38-year-old Italian, who lives in Newport, Gwent, cannot be deported from the UK, even though he has served a nine-year jail term, after attacking and robbing a pensioner.

As with Learco Chindamo, the authorities are prevented from deporting him by EU law – our old friend Directive 2004/38/EC.

Says The Daily Telegraph, the Court's decision has rendered the government virtually powerless to remove even the most vicious offenders if they come from within the European Union. That is because, according to the Court, there were no "imperative grounds of public security" – as required by the Directive - to justify throwing him out.

The criminal, whose identity was protected by the court, moved to Britain as a teenager and has five convictions. In October 2001 he was jailed for nine years for attacking and robbing a pensioner. A judge called the offence a "brutal, cowardly attack".

Last year, the Asylum and Immigration Tribunal ruled that the robber should be deported on grounds of "imperative" public policy, public security or public health. It said he was a "very dangerous man" who posed a "very high risk indeed" to the public. He was also "unwilling to accept any real responsibility for the injuries to his victim".

However, the appeal judge Lady Justice Arden concluded that the tribunal had made an "error of law" and had not distinguished between "serious" and "imperative" threats to public security. Effectively, posing an "imperative" threat applies only to terrorists. "Ordinary" criminals – courtesy of the EU, can stay here as long as they like.