The stuff of politics 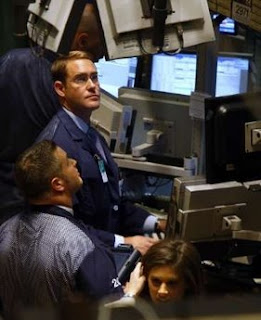 One of the fatal flaws in "political" circles, it seems to me, is the confusion between the reality of government and the theatre that attends it. Often – too often, perhaps - we have written of the "soap opera" style of reporting that we see in the media, reducing politics to a simplistic drama, devoid of substance but heavy on personality clashes.

Be that as it may, the essence of such political commentary is not the reporting of politics, per se - the hard stuff that shapes our lives and determines whether we are at war or peace, whether we prosper or struggle to survive – but on the theatre of politics. This is the "above the line" drama that is as detached from reality as is, according to Ambrose Evans-Pritchard in The Daily Telegraph, the quoted prices of various commodities and their actual value.

In that sense, although he is described as an "international business editor", Ambrose is much more of a political commentator than are the journalists who lay claim to that title. This breed is more akin to theatre critics. They report the vapid posturing and preening of the practitioners of political theatre and have as much relevance as to the actors of a contemporary play.

Turning to real life and the very stuff of politics, therefore, as Ambrose reports on what he believes is, in effect, a commodity "bubble", right on cue comes a report from Reuters telling us that: "A potent rally in commodity markets showed no sign of slowing on Tuesday with resources from platinum to rice at or near record highs, while oil held near $102 a barrel, helping stock markets halt recent falls." The report continues:

Spot platinum, elevated by solid fundamentals as well as investment interest due to a power crisis in top producer South Africa, hit a record $2,243 per ounce, while oil held near $102 a barrel, off a record near $104 posted in the previous session.

The Baltic Exchange's chief sea freight index, which gauges the strength of major trade routes for bulk commodities, has powered up by an eye-watering 40 percent in the last six weeks. Analysts said current lofty levels were not a deterrent to further gains, with global economic uncertainty hastening the need for portfolio diversification into commodities. 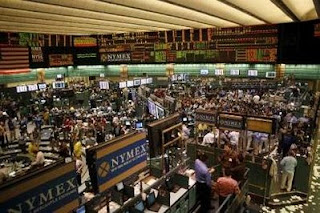 We then get from Ross Norman, managing director of TheBullionDesk.com, the statement: "I think we can drop the word 'alternative' from commodities now." He adds, "This year is psyching itself up to be the year that inflation re-emerges as a major topic. In that scenario people are looking to invest in hard assets that hold their value better than some other financial products - commodities do very well in that environment," he said.

Charting the downside, however, comes Ambrose with today’s report (repeated link) warning that, "Fears of a commodity crash are growing as speculation continues to outstrip demand."

He starts his piece with the startling information that India faces a mountain of surplus sugar. "Over 20m tonnes sit in warehouses, begging for buyers," he writes, adding that, "Brazil has ramped up cane production in a burst of expansion. It is now exporting record amounts of sugar, even after diverting half its harvest into ethanol for cars."

This is his strongest case for his warning. "By any definition, there is a global glut," he states (quite rightly). "Yet this has not stopped sugar futures jumping 40 percent since December, reaching 14.18 cents (7.15p) a pound on the March 2008 contract." (figures corrected from original copy).

Sugar, quite clearly, "has been swept up with the whole gamut of commodities - grains, metals, oil and gas - in a fevered surge of investment in futures contracts, regardless of the real demand from daily users. Wheat has risen 112 percent in four months."

In support of his thesis, Ambrose cites Judy Ganes-Chase, a commodity expert at J Gaines Consulting. She says the market had become unhinged: "Investors have made far too much of the link between sugar and biofuels. We've had one massive surplus after another, yet people still keep planting more cane. Brazil is the only country where ethanol is actually viable in cars. Everywhere else is building up sugar stocks in mere hope," she said.

Thus declares Ambrose, "the sugar syndrome is the starkest evidence to date that the raw materials boom is getting ahead of itself. A variant of the pattern is emerging in industrial metals, crowned by an explosive 'short squeeze' in copper last month. Arguably, even crude oil futures have decoupled from the real market."

The rest of the long piece is well worth reading but, in essence, Ambrose has made his case and, while well argued with plenty of detail, we are not sure he is entirely right. Where he might be slipping off the edge is in lumping all products under the generic label of "commodities", without drawing a clear enough distinction between what are, essentially, completely different markets.

Thus, while it is possible to talk about oil and wheat in the same breath, as "commodities", the real world behaviour of the real markets in each are fundamentally different. To an extent, this is recognised in Ambrose's piece, when he notes that:

The bullish case is strongest for the "Ags", above all grains such as soybeans, corn, and wheat. The world is adding 73m mouths each year, yet arable land is running short. The US - the superpower of grain production - aims to divert 20pc of its output to biofuels. China is paving over its most fertile acres in the east.

Asian countries with a combined population of over 2.5bn people are rapidly moving up the food ladder, switching to an animal-protein diet like the Japanese before them. It takes 8.3 grams of animal feed to produce a 1g weight gain in cattle. Deeply alarmed, the United Nations is mulling plans to ration food aid to poor countries. "If you had any major crop upset this year, I believe you'd see famine," said William Doyle, head of Canada's Potash Corp.

However, Ambrose argues that,

There is no question that fuel technology has now made oil and grains interchangeable for the first time, but this cuts both ways for investors. If oil slides, so will the "Ags", and they in turn may take down the rest through the index effect.

It is here we are not so sure. Given a downturn in any particular sector, it may well be the case that the different commodities become "decoupled" – to use a vogue word, as the real world intrudes.

Here, for a brief glimpse of that world, one needs to look further afield, and we see disturbing reports in respect of the coming US wheat harvest, where there talk is about snow mould. 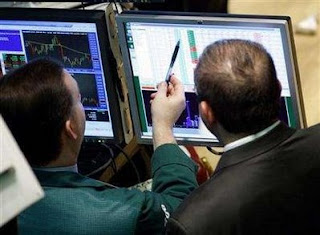 This arcane phenomenon, usually of interest only to farmers, is a disease which affects winter-sown wheat which has been under a layer of snow for too long – usually reckoned at 100 days or more. With the prolonged winter weather in North America, with no immediate sign of it abating. Agricultural scientists are saying it is a very real threat in the Northwest and, if their fears are borne out, we can see dramatically reduced yields as the condition is known to ruin entire crops.

In response our various posts about the current round the dramatic winter weather affecting a large part of the northern hemisphere – all in the context of "global warming" - some of our forum members have been quick to point out that "weather" is not "climate". That point we do indeed take, but it should also be noted that, in the round, it is weather, not climate that ruins crops.

Given the massive agricultural losses in China – and undoubtedly elsewhere – we are facing the spectre of reduced grain harvests in this coming season, which could give these commodities a scarcity value which will enable them to buck any downturn in other commodities.

Even then, there are other commodities which could do likewise. The story on coal – which we picked up earlier - does represent real world economics, where demand is outstripping immediately available supplies, making the upturn in prices a real effect rather than a speculative bubble. And, because coal is a raw material, its prices affect the costs of downstream commodities – like refined copper – driving the inflation machine. 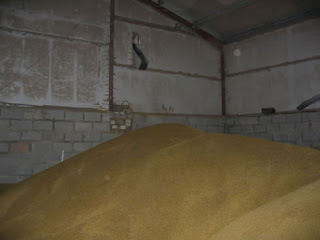 Altogether, therefore, this is a confused picture which defies easy analysis but, if we revisit William Doyle, cited earlier by Ambrose, he says: "If you had any major crop upset this year, I believe you'd see famine." That would change to a very great degree any of the calculations on which current analyses are based.

So, where does this fit into "real" politics?

To an extent, many of these issues are being played out on a global scale, beyond the control of national governments – but not entirely so. The UK is no mean grain producer – and Europe as a whole is a significant contributor to world grain production.

Measures to stave off a world food crisis could include offering incentives to farmers to produce more and, in particular, removing many of the restrictions that prevent them from so doing. To that effect, governments could be buying in "intervention" stocks and taking measures to stabilise prices, affording some relief to hard-pressed livestock producers, who are suffering the full weight of the grain hikes. We could also pull back form the mad rush to biofuels,

Little of that though is being done, and such that has been done and will be done is on an EU level – too little and too late – with much of the policy contradictory.

And there, we come right up-to-date. Tomorrow, MPs will vote on a referendum amendment on the constitutional Lisbon treaty ratification Bill. When they vote against it, they will, in effect, be making a decision to support and develop the growing might of our central government in Brussels.

When, and many commentators full expect, the UK (and global) economy hits the rocks, it will then be Brussels rather than London which holds the levers of power, which will decide our individual and collective fates.

Thus, when David Cameron tells us he wants to be prime minister, he is in fact doomed only to become the governor of a province of the mighty European Empire, with no ability to control matters of vital concern to us all. That is the stuff of politics, and all he (and we) will be left with is the theatre.