Worrying for the colleagues 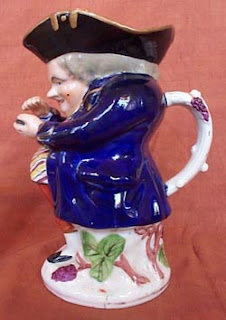 A rather anxious report in Der Spiegel tells us that the Constitutional Reform Lisbon Treaty is …. gulp …. at risk from the autonomous Åland Islands, between Sweden and Finland.

It seems that the islands, who have been historically making a good living out of selling snuff on the ferries between the two countries and not paying any tax on it, are not happy (as who would be) with the EU ban on the moist tobacco. So their parliament is threatening to vote against the Treaty, thus making it impossible for that document to be ratified.

This is clearly terrible news. All that trouble, suppressing all possible popular opinion and ensuring that the elites, who know what is best for us, carry on with their projects only to have it threatened by a bunch of upstart islanders. Clearly, europhiliacs have not quite managed to work out that island mentality is very different from the continental one.

Of course, the fact that Sweden managed to negotiate an opt-out from the snuff-banning directive when it joined the EU does not make the situation any happier and neither does the anomalous position of the Åland Islands, in itself a cause of distress to tidy-minded europhiliacs, politicians and officials.

It is the Finnish government that faces the real problem, though.

On Wednesday Prime Minister Vanhanen tried to ease fears that the tiny community of 27,000 could scupper the entire ratification process over the issue. "If Åland does not approve it, the judicial situation will be confusing, but it will not stop ratification at the Union or Finland level," he told reporters.

This seemed to contradict an earlier statement by his Minister of Migration and European Affairs Astrid Thors, who told the Finnish YLE news Web site on Tuesday that the Finnish government did not want to see the treaty ratified if it is rejected by Åland.

Helsinki's headache has been made worse by the islanders' resentment at their lack of a voice at an EU level. One of their key demands is a seat in the European Parliament. Elisabeth Naucler, who is the islands' sole representative in the Finnish parliament, told SPIEGEL ONLINE that Åland is furious with Finland for not doing enough to fight for the islands' interests and for not "passing on their messages" to Brussels.

Well, if we can’t be saved by snuff dealers, then perhaps the sellers of chewing tobacco will come to our rescue.
Posted by Helen at 18:02