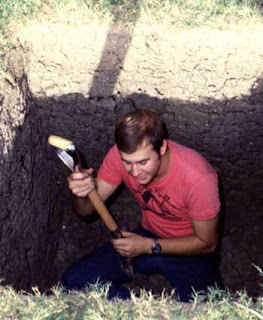 We wrote earlier that, when earth-shaking events are afoot, the natural human response is to retreat from the enormity of it all and bury oneself in the trivial or the familiar (or both).

That, of course, is not a nostrum which should apply to politicians, whom one would expect to be at the centre of the storm, engaged in earnest debate about the best way forward.

Instead of that, however, we note a single comment on a Conservative Home post referring to Consevatives seeking a "no-score draw" on the economy, while they forge ahead in other policy areas where they believe they can garner votes.

You can thus see the puzzlement in Simon Heffer's op-ed in the Daily Telegraph as he writes:

Why, when the world financial markets are so close to the apocalyptic, are our politicians so divorced from these realities?

Anyone over the age of 45 will recall that this is what they typically do in such crises. There has been talk of this being the worst financial climate since 1931. I am not sure it yet rivals the serial disasters of 1972-76, with the oil price boom, the stock market crash, the property slump and other joys of those years.

If Heffer was out on his own, we could easily dismiss him, but his unease at the politicians' lack of engagement is troubling not a few. It is as if the "big issues", like "Europe", the economy and suchlike are really too big for the politicians to handle, so they dig holes and hide in them, only to come out to discuss peripheral matters of little relevance to the immediate crisis.

One gets the feeling that the grown-ups have left town and play school has spilled out into the streets.