The voices of the people 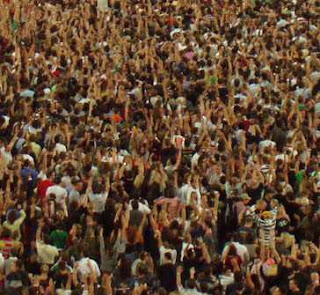 As the theatre critics political correspondents gleefully indulge in the parochial sport of assessing the effect of the Commons' vote on the local parties in Westminster, Peter Riddell in The Times being a classic example of the genre, it is left to readers (and our own forum members) to assess the real implications of that vote.

The Daily Telegraph letters column produces a particularly fine crop, with Andy Bebbington, of Stone, Staffordshire, noting that, "We are witnessing the death of democracy in this country by a thousand cuts. Wednesday saw a particularly brutal and deep cut."

Michael Rapinet, of Streatley-on-Thames, Berkshire, observes that it is a pleasure it is to observe the democratic process at work in America, tortuous though that process may be. What a contrast, he writes, to the squalid procedures of the European Union and the tawdry standards of our Government in relation to the Lisbon Treaty.

M.A.Woodward, of Diss, Norfolk considers that Wednesday, March 5, 2008, will go down in history as the day that their elected representatives deprived the British people of their democratic right to a referendum about adopting the new EU constitution, while John Loadman, of Bishops Stortford, Hertfordshire, tells us that, now that we are not to have a referendum on accepting the Lisbon Treaty, there will be no need to produce political manifestos in the future. All we have to do is replace Parliament with a rubber stamp.

Linda Barlow, of Weston-super-Mare, Somerset, writes that, "Our ancestors would be ashamed of Wednesday - I am", and Cameron Henderson-Begg, Weybridge, Surrey offers an obituary:

In affectionate remembrance of British Political Dignity, which died at the hands of the Honourable Commons of Great Britain and Northern Ireland in Parliament Assembled, on March 5, 2008. Deeply lamented by a large circle of sorrowing friends and acquaintances.

NB - The body will be cremated and the ashes taken to Brussels.

Then we get Pauline Conroy, of Preston on Wye, Herefordshire, who expresses the hope that "the vote on the European referendum brings an end to the debate about the alleged 'apathy' of the electorate," and then asks: "Why vote when its views are ignored?"

Colin Bullen, of Tonbridge, Kent, notes that, at Thermopylae, 25 centuries ago, 300 Spartans saved their people from a mighty empire. On Wednesday, in our own House of Commons, 311 Britons betrayed their nation to a bureaucratic monster.

This leaves, A.R. Stead, of Basildon, Essex to declare that it (the vote) "proves what we suspected: the EU was made by politicians for politicians", while M.P. Adams, of Altenau, Germany suggests that, "After Wednesday's vote, the Government may now be formally described as illegitimate. It was elected with the promise of a referendum." He adds, "Now my friends have additional understanding of my reason for emigrating."

G. Evans, Guilden Sutton, Cheshire, tells Carol Sanders (Letters, March 5) – who believes we need to be part of the EU to work profitably with other European countries – that he and many others, worked successfully with the French, Germans, Spanish and Italians on aircraft projects - such as Concorde and Jaguar - before the EU existed. We could, he writes, do so again outside the EU.

Dorothy Ritzema, Romaldkirk, County Durham then finishes off the selection, with a light note, observing: "If anyone is in any doubt as to the influence that Britain will hold in the EU, he has only to watch the results of the Eurovision Song Contest."

The crucial point, however, has been made by Andy Bebbington - we are witnessing the death of democracy in this country by a thousand cuts. The constitutional Lisbon treaty is not the end of life as we know it, any more than Maastricht was, or even the Treaty of Rome. It is one of a series, part of a continuous process, by which we a seeing the slow, insidious transfer of power to our new central – and entirely undemocratic - government.

But, because it is so slow, and because the façades of our existing institutions are kept in place, it is easy to ignore the process, and for our government, MPs, theatre critics political correspondents and their fellow travellers to retreat into their comfort zone and pretend it is not happening.

Outside the bubble, however – as these letters indicate – real people have noticed and are concerned. We know not where this will end but this blog has put the political establishment on notice. We are not alone. There are many like-minded people out there, and we intend to drag you out of your comfort zone and force you to face reality.

Drowned out at the moment by the torrent of fatuous, lightweight commentary, we will nevertheless be heard. Enjoy your soap opera for as long as it lasts. We are coming.