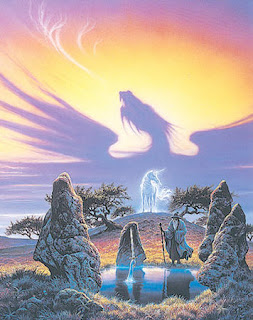 Less than a month ago, we were reporting on how the EU member state governments, when confronted with the economic reality of implementing their fantasy 20 percent cut in CO2 emissions, were demurring at the potential costs and seeking ways to reduce their impact.

The point was that these self-same governments had agreed those very cuts at the spring European Council the year before. Following that experience, with the next spring council due this Thursday and Friday, you would think they might have learned a lesson or two.

But this is the European Union we are talking about and, to expect rational behaviour is to neglect the effect of the unreal world inhabited by the "colleagues" as they get round the table in Brussels.

Thus it is, according to Reuters, that "EU leaders" are this week to call on the EU commission "to draw up a road map for deeper cuts in greenhouse gas emissions, going beyond a unilateral target agreed in the fight against climate change."

Already, a draft final statement has been prepared by the EU's Slovenian presidency. It employs the mind-numbing language that the "colleagues" so love, declaring: "Stepping up to the more ambitious 30 percent reduction target as part of a global and comprehensive agreement needs to be built in explicitly, and in a balanced, transparent and equitable way."

And in a "balanced, transparent and equitable way", EU leaders will put their names to this fantasy document and walk away to collect the headlines. Their civil servants, on the other hand - individually and collectively - will tear their hair out, in full knowledge that the target is unachievable. Not only that, they must be aware that each of the member states governments have no intention whatsoever of even trying.

Nevertheless, Mr Brown will solemnly commend to our local parliament on Monday, in his ritual post council statement, the new targets. So life will go on, with MPs performing their usual role as a captive audience in what can only be described as fantasy politics.

What really gives the game away in this context is that, as Reuters reports, the Slovenian statement does not offer detailed plans on how the EU intends to achieve this deeper cut. Bearing in mind that the current crop of "leaders" have no idea of how they are going to achieve the 20 percent cut already agreed, this is wholly predictable. But it does make you wonder about the sanity of those involved in this process, where reality can be suspended, not only once but again and again and again.

However, there is no truth, unfortunately, in the rumour that they are using this artwork (illustrated) as the cover for their statement.