Towards the House of Lords 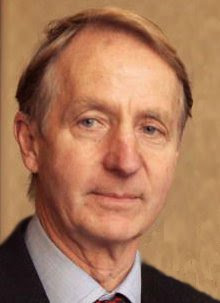 This discussion of what the future of the Constitutional Reform Lisbon Treaty is likely to be in the House of Lords is by Lord Willoughby de Broke, who is now a member of UKIP. It is an updated version of an article in the current edition of eurofacts. Please note that unlike us Lord Willoughby de Broke refers to that extraordinary third party as LibDems not LibDims. We honour him for his courtesy.

The government took no chances with Constitutional Treaty - sorry, Reform Treaty - in the House of Commons. The Speaker, 'air-miles' Martin, has bizarrely ruled 'out-of order' an amendment which could have led to the requirement for an in or out referendum to be held before the Treaty could be ratified. The promised twenty-five full days of debate were cut to twelve, organised into so-called 'themes' (energy etc) to avoid the embarrassing line-by-line scrutiny of a treaty that will fundamentally and finally tilt the balance of power away from the nation states to the unelected Eurocracy in Brussels.

It would be "embarrassing" because some MPs could conceivably be moved to ask themselves whether they can realistically justify their £200,000 remuneration and pension package once the dirty deed is done. With immigration, trade, foreign policy, economic policy, agriculture and fisheries no longer being decided in Westminster but in Brussels, our Parliament will have a purely consultative role; MPs and peers will earn their salaries and expenses being compliant rubber stamps for EU legislation, whether or not they agree with it - it won't really matter; they won't really matter.

After the bizarre performance by the LibDems, who issued a three-line whip ordering their MPs to abstain on their own Manifesto commitment to hold a referendum on Not the Constitutional Treaty, the Bill cleared the Commons with shameful ease. The battle now moves to the Lords; the Government business managers in the Lords have unerringly chosen the entirely appropriate day of April 1st for the Second Reading debate. What are the prospects there?

For the avoidance of doubt it should be made clear that neither the Commons nor the Lords has the power to change a single word in the Treaty itself - so much for the Government's empty claim that the Treaty will be subject to Parliamentary 'scrutiny'. In this context "scrutiny" means "debate it if you must but forget changing it". Parliament may only amend the implementing Bill, the European Union (Amendment) Bill. In theory Parliament could vote the whole Bill down; end of story, but in practice that is not going to happen.

So the hopes of those who oppose the Treaty rest on a suitable amendment being tabled in the Lords and then won in the voting lobbies. Everyone's favourite here is a "referendum amendment" which would stipulate that the Treaty would not come into force unless it has been put to the people of Britain in a referendum. It is certain that such an amendment will be tabled by the Conservatives or by an alliance of like-minded peers.

It is less certain that such an amendment would be carried. Let's look at the maths. There are 217 Labour peers, 202 Conservative peers, 201 Crossbenchers, 78 LibDems plus 26 Bishops and 14 "others" (convicts past and present Lord Archer and Lord Black, a Green, two UKIP peers and assorted disaffects who do not wish to join the crossbenches).

That gives the Government a notional total of 295 votes. Allowing for slippage of peers who are sickened enough by the breach of promise to abstain or stay away and even a very few who may support a referendum amendment we are likely to be left with say 275 solid Government votes.

Turning to the Conservatives; their 202 votes will also be subject to serious slippage; think the three H's (Hurd, Howe, Heseltine), the ex-MEPs, the Commissioners - who could be liable to lose their fur-lined pensions if they act against the interests of the EU - members of the various EU quangocracies like the Committee of the Regions and Regional Assemblies as well as "let's not frighten the horses" school. Let's say the Conservatives could count on 175 votes. We can expect most of the" Others" - except for Lord Black, who will not be troubling the tellers - to vote with the Conservatives. The position of the Bishops is unclear. That leaves the Conservatives 90 votes behind the Government at the start line.

So to the Crossbenchers, two hundred of them. O-level maths shows that the pro-referendum group will need to get the votes of one hundred and fifty of those two hundred crossbenchers to carry the day. That is what Ministers like to call a "challenging" target, bearing in mind that the crossbenches are the retirement home for a number of ex-heads of QUANGOs or public bodies who owe their position to the Government. Think Lord Birt, to name but one - and there are plenty more where he came from.

The vote is therefore likely to hinge on the voting intention of the LibDem peers. Discovering that is like nailing jelly to a wall. Lord McNally, their leader in the Lords has formally notified the House that the LibDems will be voting with the Government benches against any such amendment. But that was before "LibDems on ice" gala in the Commons on Wednesday. Will the LibDem peers follow their party leader's instruction to abstain? It is almost certain that the committed Europhiles will vote against a referendum in the Lords; there is after all no sanction to stop them disobeying the party whip other than a wigging from Mr. Clegg. The numbers are still fluid; but if the LibDem benches in the Lords abstain in numbers it is perfectly possible that a referendum amendment could be carried; the 90 votes mentioned above could be cut to say forty. It will still be a bit of a long-shot, but not out of reach.

If a referendum amendment is to be carried in the Lords it will need to be led by respected members of each party, plus a similarly respected crossbencher. They will have to be organised, hold regular meetings to decide what amendments to table and at what stage; who is to table them and speak to them; to get and keep the press informed and onside.

What is deeply depressing is that even if the referendum vote is carried, assuming the Commons does not overturn it, and the Treaty is rejected by the electorate, we will still be where we are now, with the EU making the majority of our law, pressing ahead with all the elements contained in the Constitution - as they have done in spite of the French and Dutch votes. We will still be inexorably sucked deeper into the EU quicksand. Perhaps that is too pessimistic; perhaps a "NO" vote in the referendum will spur our two main political parties to re-think our relationship with the EU.

And perhaps Mohammed Fayed is telling the truth...