Things are not the same 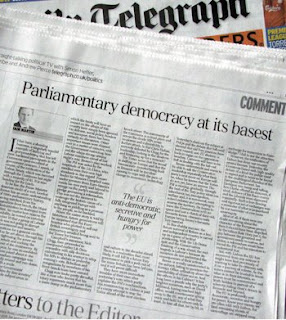 Talking to an MP the other day, he expressed an interesting view. The Armageddon scenarios painted by some sections of the media, and widely promulgated by the more extreme doomsayers, he said, simply add to the impression that euroscepticism is part of the lunatic fringe.

After all, he said, the day after the treaty has been ratified, nothing outwardly will have changed. The post boxes will still be painted red, our policemen will still bear the badges of their local forces services, we will still buy our petrol in gallons …

Yes, he did actually say that, a slip which – unwittingly – illustrated precisely the point he was making. The day after we joined the (then) EEC, the petrol pumps did not suddenly start selling petrol in litres. The change took some time, so insidiously that few probably remember when it actually occurred.

Strangely, though, none of us actually buy litres – most of us watch the price window on the pumps, the blur of litres going into the tank conveying entirely meaningless information. The change has completely destroyed the concept of volume when we buy this important commodity.

The broader point, though, still stands. The day after the constitutuional Lisbon treaty has come into force, nothing outwardly will have changed. And nor will it change for some time. Many of the changes that ensue will not be obvious. But, as we woke up one day to find that our cars were powered by litres rather than gallons, they will be there.

That is the evil of EU treaties – their slow-motion effect, akin to boiling the frog: steady and insidious, but so slow that we barely notice until the water is so hot that we perish. After all, as we have pointed out elsewhere, many of the provisions of the Maastricht treaty have still to come into force.

Thus, while in the aftermath of the referendum vote yesterday, the theatre critics political correspondents and the wannabes in the blogosphere may will quickly revert to type. It will be "business as usual" as they record the never-ending soap opera that our political process has become. But things are not the same. They never will be until the process of European political integration is reversed. Yesterday was a watershed, when MPs finally abandoned any attempt at concealing that they were representatives of an independent, democratic state.

That much is acknowledged by Iain Martin in The Daily Telegraph this morning, when he writes:

Most of all, if there were any doubt remaining about the character of the European project, then it should have been dispelled. As the valiant Kate Hoey put it, the gap between the governed and government needs to narrow, not widen; a referendum would have forced the PM and his ministers to understand that.

Yet, with Lisbon the EU has recovered from any notions it might have had previously of wanting to take its citizenry with it on a journey of reform. As the voters cannot be trusted to know what is in their interests, so power must be concentrated and truth hidden in pursuit of a sclerotic ruling class's dream in Brussels and beyond.

The EU is profoundly anti-democratic, secretive and hungry for power. Know your enemy, we are often told: with Lisbon, the final remaining shreds of camouflage are stripped away.

With that, though, the media and the rest of us will continue with our lives, but our lives will change, over time – and not for the better. However, with the inability of the media, many of our politicians and most of the population, to understand that our MPs have actually given away (much of) our government to Brussels, few will recognise the source of those changes, even when they wake up one day to find that their lives, metaphorically, are running on litres rather than gallons.

But, while cars run on litres just as well as gallons, the same cannot be said of the changes to come. As Martin writes, the EU is profoundly anti-democratic, secretive and hungry for power. And not only is it our government, our parliament has voted to give it more power.

What we do about this is as yet uncertain, but the prescription in The Telegraph does not seem enough. 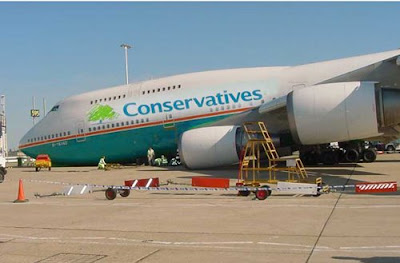 Its leader tells us that those who abused their "trust" last night "may yet pay the price in the ballot box", the net effect of which would be to vote the Conservatives into office. But the leader itself acknowledges that the "Tory campaign for a referendum has been less than full-throated" – something affirmed by Nick Robinson on yesterday's Today programme (at the end of the piece).

It would seem perverse, therefore, if the Conservatives were the beneficiaries of a betrayal in which they were complicit, especially when as yet they refuse to offer any remedy, by way of a post-ratification referendum.

What one has to bear in mind though is that the constitutional Lisbon treaty strips our government of any real power. We cannot repeat often enough that, by absorbing the European Council into the institutions of the European Union, bound by its aims and objectives, we cement in a supreme government of Europe, whence our prime minister becomes simply a delegate to the supreme council, the real government and its policies remaining unchanged.

In other words, in a very real sense – not at all an arcane, academic point – as Lisbon bites, it will no longer makes any difference at all who we elect. For sure, any new government will have some residual powers which it can call its own, but these will gradually be stripped from it as the EU starts to exert its newly-acquired powers.

It occurs, therefore, that the one thing we need to do is boycott the electoral process. If there is no point in having MPs, we should no longer partake in the charade that we have meaningful elections. There can be no better message to send to MPs than an ever-declining turnout. This robs them of even the pretence of legitimacy.

Contempt for politicians is one thing – but this must be found a means of expression. For the moment, I can think of no better way.