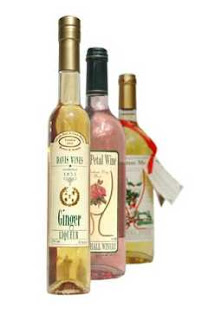 It's like old times, reading in The Daily Telegaph a classic EU "red tape folly" story which used to be the fare of the Booker column – and even a weekly column in The Daily Mail before we got fired.

Anyhow, this one is about an outfit called Lurgashall Winery near Petworth, in West Sussex which has fallen foul of a new EU directive. This is grandly entitled Directive 2007/45/EC of 5 September 2007, "laying down rules on nominal quantities for prepacked products, repealing Council Directives 75/106/EEC and 80/232/EEC, and amending Council Directive 76/211/EEC".

Unfortunately for Mr Jerry Schooler – now 74 - who owns the business, he has been selling his range of nine liqueurs - including bramble, walnut, ginger, sloe and strawberry - in 37.5cl bottles. The new directive, however, defines the sizes of bottles in which such products must be sold. And, while wine must be sold in 37.5cl bottles, spirits – for reasons known only to the vast intellects of EU officials – the nearest equivalent size for spirits is 35cl.

An award-winning English fruit wine maker whose customers include royal palaces and the National Trust has been landed with a bill for £30,000 after the European Union ruled that he was using the wrong sized bottles.

Schooler, who has been using the larger size 24 years, producing 400,000 bottles a year, faces prosecution if he does not comply with a new directive. He is thus facing a bill of £30,000, having to carry the cost of changing the bottling, the labels, machinery, boxes and maybe the corks as well.

"This has just been imposed on us and all we can do is go along with it," says Schooler, according to The Times. "We fly the Union Jack and the cross of St George outside the winery and we are very pleased to do it, but sometimes life is made very difficult. I don't think I shall be flying the EU flag."