A nation ill at ease with itself 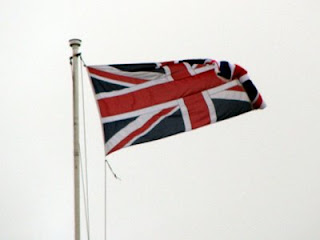 Only a nation which is ill at ease with itself, or uncertain of its own identity, needs to parade its national flag at every opportunity. For the British, the flag is brought out for special occasions – we do not need to assert our identity.

At least, that is the theory. Now, The Sunday Times is telling us that public buildings, including job centres, schools and hospitals, are to be encouraged to fly the union jack and other national flags to boost national identity.

Ministers are this week, says the paper, to announce the lifting of restrictions on flag flying that have been in force since 1924. They will allow public buildings to erect flagpoles and fly the union jack and national flags, including the cross of St George, the Saltire of Scotland and the red dragon of Wales every day.

At present, flying national flags from public buildings is restricted to 18 days a year, which include the Queen's birthday and Remembrance Day.

Individuals, it seems, will also be allowed to fly flags outside their homes and officials have argued that national pride is being eroded because flags are not flown frequently on public buildings.

Readers, however, will be interested to know (if they did not know already) that another of the official days for flying the Union Flag is on 9 May – Europe day. Then, the flag should be flown alongside the accursed ring of stars except that, if a building has only one flagpole, the Union Flag takes precedence (for now).

And that really does take le biscuit. Successive governments having turned us into a province of the European Union, the fact that the government now feels the need for the provincial flag to be flown more often speaks volumes as to the damage done.