And you thought it was all over? 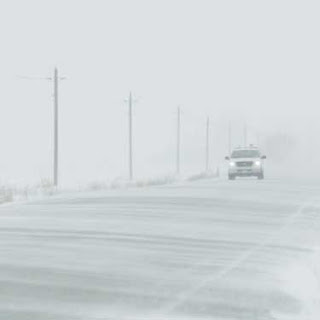 Not the referendum debate but the global cooling bad weather. Eastern Canada, we are told is bracing for a storm that could bring up to 20 inches of snow before the end of today, just days after the region recovered from a serious winter wallop.

Environment Canada has issued storm warnings for much of Ontario, Quebec, calling for massive snowfalls across the region and freezing rain in some locations. The storm system pounded the United States on Friday, heading from the Gulf Coast, up the Eastern Seaboard and into Ontario. Snowfall began in southern Ontario on Friday afternoon, with the system expected to work its way east as the evening proceeds.

In Toronto, about 8-12 inches is expected to fall. Meanwhile, there is the potential for 12-20 inches in parts of eastern Ontario and over the Niagara Peninsula.

In Montreal, the city is struggling to find places to put the mountains of snow it has cleared from its streets. Five new snow dumpsites are to be opened for the weekend's storm.

The city currently has 33 places where it takes collected snow. Three have already been closed after being filled to capacity. At one of the largest sites, more than 200 dump trucks have been leaving loads every hour since this storm earlier this week, something not uncommon among the rest of the island's locations.

Keep reminding yourself, people … weather is not climate, even if it has been snowing in Dallas. All the same, one wonders what reception the "colleagues" will get when they send a team of senior policymakers to Beijing next month for talks on climate change.