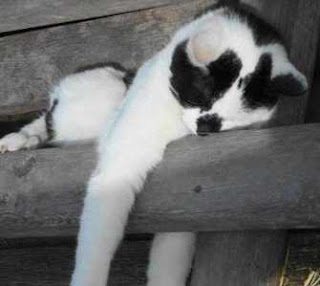 There are moments in the lives of our elected representatives when everyday, petty, party concerns should take a back seat in favour of the greater national interest. This is one such moment.

After all the bargaining, the obfuscation and deception of recent months, our MPs will finally vote in the Commons on whether or not to allow what the overwhelming majority of voters in this country want: a referendum on the ratification of the EU Constitution. Masquerading as a treaty, it removes another slice of British sovereignty and pulls more power to the centre in Brussels.

The odds are in the Government's favour, as the brave group of Labour rebels led by MPs Kate Hoey and Frank Field is almost certainly too small. The Conservatives will vote, overwhelmingly, for a referendum and have fought valiantly.

The Liberal Democrats, under Nick Clegg, are in the tightest spot of all. If, as their leader wants, they betray their manifesto commitment and their country, there are many voters who will neither forget nor forgive.

If there are MPs of any party unsure what course of action to take, it is quite straightforward. Vote to put country ahead of party. Vote for a referendum.

Good sterling stuff! But is it on the front page? Er … no. Is it on the editorial page, perhaps even the lead editorial? Er … no. It is tucked in on page 16 of the print edition, a single short column tucked into a story about Brown facing a "rebellion" on this evening's referendum vote.

And, does any other newspaper run the referendum story on its front page? Er … no. Are the political bloggers (pictured, hard at work) and other theatre critics rushing to their keyboards to post their views on this event. Er … largely no.

What then of Mr Cameron and his Tories? Well, they have effectively outsourced the referendum campaign to Open Europe, under the firm control of Rodney, now Lord Leach. He is charged with keeping a tight rein on the proceedings to ensure nothing said or done embarrasses the Tories.

Meanwhile, this week, in the run up to the vote, Conservative Home notes that we have seen "frenetic activity from the Tory leader". But has any of that been directed at stoking up the fire on the referendum issue? Er … no.

On the Today programme this morning, we heard the BBC's political correspondent tell us that there had been a "conspiracy of silence" amongst the leaders of the main political parties to keep the constitutional Lisbon treaty ratification process "dull", so as to minimise media (and therefore) public interest (transcript to follow).

Each have their own reasons for so doing, the Tory high command in particular – who are terrified that "Europe" will tear the party apart again. And, since the theatre critics political correspondents are only interested in the soap opera, they have followed the lead of the principle actors and steered clear of the issue.

Thus, today does parliament effectively vote to hand over more of its powers to our central government in Brussels. There will be a brief flurry of interest in the parliamentary theatre this evening, focused mainly on the squirming of Nick Clegg, one time commission official and MEP, leader of the not Liberal and not Democrat party, and then it will be yesterday's news.

Thus does the "great debate" end – with not even a whimper.