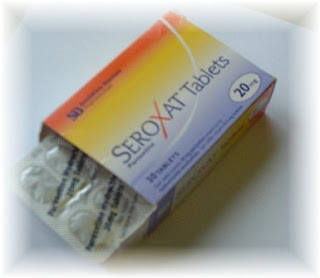 Laws on disclosure of trial data by drug companies are to be toughened up, the BBC helpfully tells us, after GlaxoSmithKline (GSK) were accused of being too slow to raise the alarm over Seroxat and the risk of suicidal behaviour.

This stems from May 2003 when the Medicines and Healthcare Products Regulatory Agency (MHRA) received data from GSK confirming that patients under 18 had a higher risk of suicidal behaviour if they were treated with Seroxat compared with placebo. The data also showed that Seroxat was ineffective in treating depressive illness in under 18s.

The MHRA subsequently launched an investigation to look into claims that GSK had known about the risks for some time before it had disclosed it. Investigations by BBC's Panorama showed the company may have first known about problems with the drug in the late 1990s.

But, after reviewing more than one million pages of evidence the MHRA said no criminal proceedings could be brought against GSK because legislation on disclosure at the time was "not strong enough".

The Guardian offers a little more detail, including the text of a written ministerial statement published today from Dawn Primarolo, the health minister. This said:

The process of investigation has revealed weaknesses in EU legislation as it stood at the time, in terms of what safety information drugs companies were legally obliged to provide to the regulators.

Therein lies the clue. The marketing of the drug is not regulated by British law but by EU regulations, and reference to the official MHRA report reveals a stunning picture of legislative confusion and uncertainty, both within the framework of EU law and the parallel British legislation.

The EU law at the time was – as is typically the case – undergoing constant revision, increasing in scope and complexity all the time, to the extent that the regulators seemed to be unaware of what it actually meant. Then, when they attempted to prosecute GSK, their own lawyers found glaring loopholes which enable the company to escape any liability.

Here was the yawning gap, which it had been assumed that the EU legislation filled. The British law did require a person conducting a trial to report adverse reactions occurring during a trial, but failure to do so was not a criminal offence. And the legislation only applied to trials conducted wholly or partly in the UK – not Europe and not other parts of the world where trials were carried out.

In every sense, therefore, this is a massive regulatory failure and, since the EU takes the lead on drugs safety law, its own legislators bear much of the blame for the inadequacy and confusion.

However, it is British ministers which are being "called to the bar", but it is to Brussels that they are having to turn to for amendments to the law, to close the loopholes discovered. Meanwhile, an evidently unsafe drug has been on the market for over a decade, permitted by EU law which should have safeguarded the users.

And, will anyone in the EU be brought to book? Don't ask.