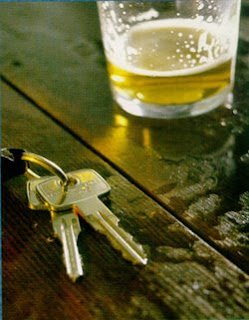 The funny thing is that The Daily Mail is supposed to be a "eurosceptic" newspaper. Yet, in its front-page piece today on dropping the drink-drive limit from 80mg of alcohol per 100ml of blood to 50mg, the one thing it does not mention is the European Union.

Never mind that, during the course of the Road Safety Bill, year before last, ministers were advised that there was no value in dropping the limit or – the other "proposal" – introducing random testing.

There are already insufficient police resources devoted to enforcing the existing limit and, on a purely cost-effective basis, the greatest benefit to public safety would be achieved by targeting that small group of drinkers that regularly exceeds the current limit be a significant amount.

That was to reckon without the European Union. As we pointed out in May 2004, the EU commission is determined that all member states should fall into line and have common limits on drink driving.

But, when The Daily Telegraph picked it up last year, and again today, even that newspaper cannot bring itself to remark that this initiative is being driven by the European Union.

Yet, if this goes ahead – which it undoubtedly will - The Mail reckons up to 200,000 drivers a year will lose their licences - double the present number.

We must be seriously barking mad.