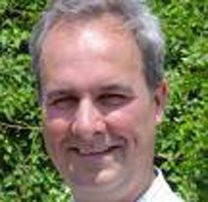 ...the use of two words. No, they are not please and thank you (and, anyway, that’s three words) or, even hocus-pocus. The words are Union and European. We would really all get on much better if our hacks did learn them. For one thing, their articles would make sense.

Let me refer briefly to a couple of examples in yesterday’s Daily Telegraph.

Example number one is Iain Dale, the journalist, as opposed to Iain Dale the blogger, with whom I have no quarrel even if I do not find all those politicos and wannabe politicos he keeps writing about particularly interesting.

Anyway, that article. It was about the proposed electoral reform, whose details, as one would expect from formerly disastrous Chancellor of the Exchequer, presently disastrous Prime Minister Brown, are so complicated as to defy simple analysis.

In itself an electoral reform is not necessarily a bad thing – we have had several in the past and they had mixed results. One member per constituency, elected directly first past the post is a system that developed over centuries and has many merits (as well as some demerits), not least the fact that the result does not require coalition governments in which certain small parties (in our case probably the Lib-Dims) are a permanent fixture.

Presumably, the suggestion that we should be discussing some form of an alternative vote system, in fact, a complicated proportional representation aims precisely at that. What with compulsory voting, state funded political parties and an electoral system that ensures a more or less permanent left-of-centre coalition, the successful British political model is on track to being changed into the unstable and unsuccessful Continental one that has given us many a crisis of lesser and greater seriousness in the last 100 years.

Goody-goody. And all because politicians still have not grasped that there is a reason why people do not turn out to elections and the reason lies in them and the system they have constructed (with, to be fair, the tacit agreement of the people).

So I don’t precisely disagree with Iain Dale, the columnist, though perhaps my worry about the Conservative Party’s future is slightly less fervent than his. Where he and I part company is in the title: “Is electoral reform a way of keeping the Tories out of power for ever?”.

This is not a sub-editor’s folly as the word power keeps recurring in the article. What makes Mr Dale think that people in office in this country are in power? Has he not realized that between seventy and eighty per cent of our legislation comes from the EU and cannot be discarded by Parliament? Did he not observe Prime Minister Brown pleading with the European Commission to be allowed to reduce VAT twice now – once on fuel in 1997 and more recently on “green” goods?

How is a Prime Minister who has to plead with another political body, which is not our Parliament, to be allowed to change the rate of taxation in power? Will it be any different with the Conservatives? Alas, no. In fact, given that by that time the Constitutional Reform Lisbon Treaty will have been implemented, matters will be even worse. On to another example: Jeff Randall. I write this with a heavy heart, for I am an admirer of Mr Randall’s work, considering him to be the best writer on matters economic the Telegraph newspapers have possessed since Bill Jamieson took up residence in the northern parts of this island.

Mr Randall’s article was about the railways and the appalling ineptitude with which they are run. In fact, the privatized railway system is almost as bad, though not quite, as British Rail used to be.

The article points out, quite correctly, that the Conservative government bungled the privatization, not least by separating track and train. On second reading I realized that Mr Randall does, in fact, mention those two magic words, Union and European but only in a way of pooh-poohing the problem:

Opponents claim that European Union rules would prevent the realignment of track and operations, but, as the French and others have proved, if a national government really wants to achieve something there is always a route round the road block.

Yes, well. There is, in fact a directive that tells us what we can and what we cannot do. Mr Randall may or may not know this but his article shows no evidence of any understanding.

Council Directive 91/440/EEC of 29 July 1991 on the development of the Community's railways is fairly precise in that it demands privatization of the railways and separation of track and train. This is not to be disregarded, no matter how bad Mr Randall’s experiences are in his daily journeys from Shenfield to London and back again.

However, it is also true that the Conservative government of the day (Mr Major’s, as it happens, but there is little evidence that things had been different under any other leader) misread some of the crucial provisions:

The aim of this Directive is to facilitate the adoption of the Community railways to the needs of the Single Market and to increase their efficiency;

It is, in fact, the separation of accounts that is compulsory and the organizational or institutional separation optional. The French government did not ignore or circumvent the directive, merely complied with its provisions. How easy it would be to reverse the Conservative faux pas, I cannot tell, not being a transport geek. But I am certain that it would be cheaper and much closer to the instructions from our real government than the present process of virtual renationalization that is not, in any case, yielding efficient results.

Oh and by the way, the directive most specifically does not apply to London Underground or any other London railway network as Article 2 makes it clear:

Member States may exclude from the scope of this Directive railway undertakings whose activity is limited to the provision of solely urban, suburban or regional services.

That particular mess has been created entirely through domestic means.