Another room, another elephant 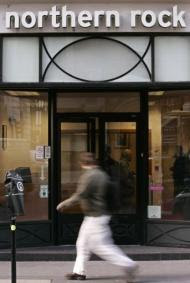 Dominating the news today is the Financial Service Authority's (FSA) admissions of failure over its handling on Northern Rock.

But the more fundamental question, also being discussed today, is the relative role of the Bank of England in what is termed the "tripartite system" of regulation, involving the Treasury, the Bank of England and the FSA. This has been heavily criticised for its failings that prevented it identifying potential problems at Northern Rock.

The FSA itself is today telling us that it would seek to improve the "tripartite" structure of financial regulation, thereby admitting that there are failings in the system.

But, in referring to the very term "tripartite", the FSA is being disingenuous to the point of being deliberately dishonest. The current system does not comprise three legs but four, the fourth being the European Union. This is what is known formally as the "4 level regulatory approach" which was pioneered in the 2001 Lamfalussy Report.

That the FSA is currently so quiet about its central role in the EU's scheme to regulate the "European" financial services industry cannot be accidental. It is very open about the system on its web site and in various speeches given by officials.

Yet it is that very system, and the fatal confusion of responsibilities and powers, which were largely responsible for the inadequate response to the Northern Rock crisis, which the governor of the Bank of England himself admitted.

Not since, however, has the role of the EU been acknowledged and you will not find any mention of the "sleeping partner" in the rush of publicity about Northern Rock in today's media reports.

So it is that the "elephant in the room" of the EU dominates our politics, yet no one wants to admit it is there. We saw this with the Gurkhas and we see it lurking in the background with the Human Fertilisation and Embryology Bill.

In fact, there is now not one "elephant" but a whole herd, stripping the vegetation and despoiling the landscape. But still, our regulators do not want to admit it and our media does not want to see it. Soon enough, we will drown in the pile of excrement it produces, and the media will not even have noticed the smell.