The objects of our pity? 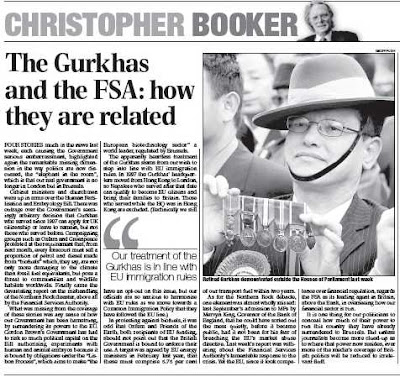 "Unless journalists become more clued-up as to where that power now resides, ever more of the media's coverage of British politics will be reduced to irrelevant fluff."

So writes Booker today, picking up on the theme we have been running on this blog, here, here and here.

This is a theme to which my co-editor also refers, to which we added another example yesterday, with Booker bringing to the table his own example.

We are, in our own ways, highlighting what Booker calls "the remarkable missing dimension" in the way politics are now discussed, the "elephant in the room", which is that our real government is no longer in London but in Brussels.

When the history of our final decline as a nation comes to be written, analysts will no doubt be fascinated by the phenomenon that we are increasingly seeing – that as more and more powers are leached away to Brussels, our media and politicians talk less and less about the European Union.

The political classes and the media may be able to delude themselves that they are indulging in mainstream politics, and the collusion in keeping the "elephant in the room" at bay may continue to work for a while. But, as the man said, you can fool all of the people some of the time …

In the end, the only people the politicians will be fooling will be themselves, but it really is quite remarkable, as a social phenomenon, how powerful that self-delusion has become and how many otherwise intelligent people are prepared to play along with it.

One supposes that the truth is simply too awful to acknowledge, so our politicos simply pretend that things are not the way they are. If their delusions were not so dangerous, they would be the objects of our pity.