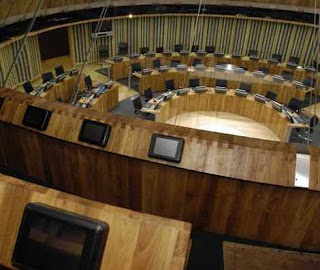 Welsh assembly members are set to receive an inflation busting pay-rise of 8.3 percent, bringing their salaries more into line with MPs at Westminster.

The BBC tells us that the cross-party Assembly Commission, which sets pay, recommended the rise of almost £4,000 - to £50,692 a year - because of the growing workload of assembly members.

At the moment, assembly members are paid 76 percent of MPs' salaries but this gap is set to be reduced, as their pay increases to 82 percent of the MP pay rate. Crucially, the commission insists that the rises are an inevitable result of the assembly's enhanced powers to draft and pass laws.

Right! And, on that basis, since Westminster MPs – in rejecting the referendum on the constitutional Lisbon treaty - have effectively voted to reduce their own powers to draft and pass laws, should not their own pay be reduced? How about a pay reduction of 80 percent?