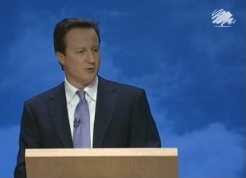 Iain Martin has some interesting observations on the Tory party. He writes:

… the Tory leadership has taken a wrong turning. Too preoccupied with tactics, they have failed to grasp the scale of what is happening in the world beyond Westminster. They misunderstand the tenor of the times.

Last week, the second stage of the credit crunch bit hard, with the US Federal Reserve forced to rescue Bear Stearns, the fifth biggest bank on Wall Street. Alistair Darling's Budget was a piddling affair, apart from some crafty tax rises. The middle classes, the disregarded majority who generate wealth and pay the bills in this country, have been stung for an extra £1,250 in tax every year since 2002.

In this constrained climate, the Tory policies of the last few days appear to have come straight from Planet Notting Hill … It is quite baffling.

This is not that dissimilar from what we were writing - not that Martin has finished. Read this as well.