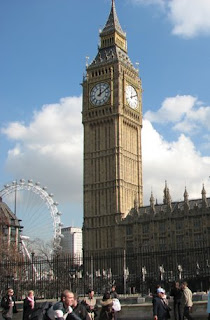 Given all the kerfuffle about the deeply controversial Human Fertilisation and Embryology Bill, it is surprising – or perhaps not – that none of the commentators have stopped to think why the government has put itself on the line, risking enormous disruption within its own ranks.

Like with so many things though, the government is working to a different agenda, one which transcends mere national politics, where it must honour commitments made elsewhere, to a higher power.

We are, of course, talking about the European Union. Even the slightest acquaintance with the issues covered by this Bill will reveal that the agenda is largely determined by the EU, with stem-cell research and allied matters forming one of the central planks of the EU’s 2010 Lisbon agenda – developing the so-called "knowledge-based economy".

For some years now, ministers have thus been extolling the virtues of the "European biotechnology sector", which this Bill does much to promote, and the EU has constantly affirmed its commitment to developing this sector.

In promulgating the Bill, therefore, the government is primarily supporting a line agreed with the "colleagues". In so doing, it is paving the way for the newly emerging "industry" to be controlled and regulated by "Brussels", which will use Single Market regulation and its own research budget to that effect.

In the short-term, therefore, MPs may be allowed their tiny rebellions, but in the longer term the agenda has already been set. The government will keep coming back for more, until the final shape of the industry – and its regulatory framework - has been determined. What MPs think, individually or collectively, is of very little importance.

Within that overarching context, one looks with the usual level of cynicism at the prattling of the media and the political groupies, and especially the lead editorial in The Daily Telegraph which welcomes Gordon Brown's decision to allow a free vote on certain aspects of the Bill.

His concession, the paper says, "is extremely good news not only for those MPs who have religious objections to some parts of the legislation, but also for the general public, who are entitled to an open debate on these complex and disturbing issues."

What it fails to understand is that, at best, Gordon Brown's government has allowed a few marginal concessions, which will not interrupt the main agenda that was settled a long time ago, without debate and without the involvement of Westminster.

Nevertheless, captivated by the theatre of the moment, the paper is arguing for "more free votes in the Commons in order to permit MPs some of the freedom and conscientious independence that is now enjoyed by members of the House of Lords."

If it were to become accepted practice for MPs to exercise their own judgement more often, the paper adds, voters might take a greater interest in the character of the people they elected. Such a move might be a more effective antidote to voter cynicism and apathy than the programme of "constitutional reforms" introduced by the Government on Tuesday.

In the posts immediately prior to this one, however, we record three issues – important in their own right, the one affecting a small but successful wine-making enterprise; the other the damaging effect of EU law on bus companies and, the other – albeit misunderstood – covering the role of the EU in determining what butchers can or cannot sell, by way of minced meat.

These are but three of thousands of issues which are determined outside Westminster, part of the core of the 70 percent of more of our laws which are decided in Brussels, by the European Union, over which our MPs have no control whatsoever.

Needless to say, neither The Telegraph nor any of the rest of the prattling classes address this point. It is all very well to ruminate that:

It is difficult to see how the democratic process could be reinvigorated by measures that would supposedly take power from the executive and give it to Parliament, when members of the majority party are firmly under the whip hand of the executive…

...but it is even more difficult to see how the democratic process could be reinvigorated when most of our law is made outside the reach of our democratic institutions.

Voters, the paper concludes, are now so disillusioned by a governing party that reneged on a manifesto pledge for an EU referendum and is pushing post office closures its own MPs are campaigning against (no free vote on either) that they are unlikely to be persuaded that these changes are anything more than cosmetic.

For those of us who have watched Parliament slide increasingly into irrelevance, more free votes would indeed be a cosmetic change. As long as, for most issues, there are no votes at all, MPs are simply masters of irrelevance.