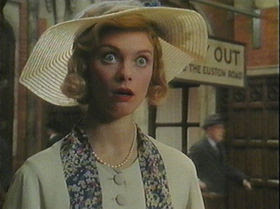 The wondrously funny Mark Boyle fiasco has been covered in various places, including the Independent, the Daily Telegraph and our own England Expects. The Indy describes the young ninny as “a pilgrim” while Elaib Harvey concentrates on the suggestion that “to go to Belgium would have been a suicide mission”. A sort of see Antwerp and die.

Then there is Mr Boyle’s blog on which he detailed his journey, analyzed his ideas, if you may call them that and is now describing the publicity he is receiving. As he is about to be subject of a BBC programme, I trust he is not going to accept a penny from that nefarious organization but do the work for the love of it and, perhaps, a bit of food in the canteen.

But what struck me about the lad and his two disciples was their utter arrogance; in fact, they are the new imperialists, who assume the world will just do as they say. It would appear that this view is shared by a number of the semi-literate comments on his last posting.

They started out to walk from England to India and did not bother to learn a single word of any language they may encounter on the way. Those nutty foreigners will all speak English and if they do not Mr Boyle and his followers will speak more slowly and more loudly to ensure that those pesky foreigners understand. No wonder the French refused to have anything to do with them. Vive la France, say I. Or even, dis-je.

Mr Boyle tells us that he is now going to walk round England, hoping that people here will give him food and lodging for nothing and learn French. Then he will attempt the “pilgrimage” again.

Well, I have news for the young idiot: there are many other countries with many other languages on the way and not all of the people will want to speak either English or bad French.

I have a better idea. Why doesn’t he and his acolytes go and work for the Commission? That way they can pretend to work for international understanding while their large salaries are placed into a numbered account somewhere and he gets the perks in hand.

Am I being unduly cynical? Where is Madeleine Bassett when one needs her?
Posted by Helen at 19:15