Not to be trusted 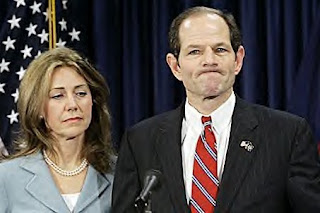 Well, it had to happen. In this posting I turn briefly to the hilariously funny and rich with moral lessons saga of Eliot Spitzer, former Attorney General of New York and, more recently, former Governor of New York.

I am not going to go through the whole story of his fall. In my view, his unethical and legally dubious behaviour as Attorney General is far more important. One interesting aspect of that is the collusion of the, mostly, “liberal” media of the United States with Spitzer in his astonishing rejection of anything resembling rules of behaviour. For anyone who is interested there can be nothing better than Kimberley Strassel’s summary here.

This being the United States and not the United Kingdom, the blogs had run with stories about the real Spitzer for some time with only the Wall Street Journal and the New York Post joining in.

In so far as any of his cases were discussed by the British media the same phenomenon occurred – Spitzer was attacking those nasty fat cats of Wall Street and nothing was too bad for them. The fact that he behaved unethically, provided next to no evidence of real wrongdoing, effectively practiced shaking-down and had the few cases that went to court thrown out was lost in the image of the knight in shining armour who protects the little man (as long as said little man did not own shares in one of the companies Spitzer decided to destroy).

It is extraordinary how many commentators still accept that narrative.

What I would like to concentrate on is a much more interesting take on the story by the RealClearPolitics blog. Robert Tracinski gets rid of the idea that somehow this was the weakness of an otherwise noble man. As one or two other people have noted there is nothing Shakespearian in this tragedy. In fact, it is not even a tragedy and Spitzer is no Othello (though how that man could have been a successful general without the slightest ability to understand people or work out who was and who was not worthy of promotion has never been clear to me).

The real lesson here is the continuity between Spitzer's professional career and the scandal that ended it. The common theme of his public and personal life is identified, ironically enough, in the preposterously pompous name of the call girl ring Spitzer patronized: the "Emperor's Club VIP." That says it all, doesn't it? Spitzer wanted to puff himself up as an "emperor," a big-shot VIP who is the center of everyone's attention, with everyone else just there to bow to his whims.

Spitzer, in this author’s opinion is a genuine sociopath, a man unable to see anyone as a separate entity from himself. What one must remember is that in the United States an Attorney-General is an elected politician with all of that breed’s vices and weaknesses.

Mr Tracinski then outlines the basic conundrum of politics with one interesting exception:

Eliot Spitzer is a timeless example of the basic conundrum of government: the fact that anyone who really wants to wield power is, by that very fact, the last person who should be allowed to do so. I call this the Washington Conundrum, named after George Washington--who is arguably the first man in history to demonstrate the solution: the only person who can safely be allowed to wield power is someone who seeks it out of dedication to the cause of liberty.

But take away the love of liberty--and the ideological framework of individual rights that supports it--and we return to the squalid pattern of most of human history: power not only corrupts, but attracts, rewards, and promotes the most corrupt types of human character.

Without the love of liberty and the principles of liberty, we don't get George Washingtons in public office. Instead, we get the Emperor's Club VIPs--self-aggrandizing thugs like Eliot Spitzer.

This is one of those “up to a point” statements. Of course, it is absolutely true that anybody who wants to wield power or, as in the case of our politicians, wants to pretend to wield power and have all the accoutrements of it without the reality, should be barred from any such position for life. But then, how do we ever get anyone to take up a public office? 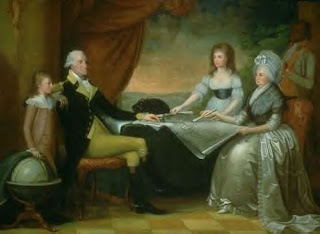 One could try something along the lines of the jury service – if you are summonsed, you have to be a Member of Parliament for five years – but I can see a few practical problems with that.

The alternative might be something along the lines of the American Constitution, which laid down very strict rules of how far the power of any of the three branches of government can reach. Even that can be breached by individuals temporarily and institutions more permanently.

One problem I have with that statement is that paean of praise to George Washington and, I may add, many of his contemporaries had a problem as well when he decided that his country needed him to come out of retirement and become President. But, at least, after two terms he retired back to private life and stayed there. Well, more or less. Even his love of liberty could not prevent him from taking on public offices.

The real difficulty is the definition of “love of liberty” or, indeed, any other reason why someone might try to acquire power. Some politicians, of course, have no particular notion of anything but wanting to be elected (if that is the system they live in) and then to be re-elected but most believe that they have some idea of doing good in the world.

I have no doubt that Eliot Spitzer did see himself as the knight in shining armour who wanted to deal with the rottenness and wrongness of big business. Of course, he might also have been a highly cynical personality who knew that fighting big business and shaking down CEs of big companies would make him popular and propel him further up on the political ladder. Or he was a bit of both.

If truth be told, the altruistic politician, the one who wants power to do the people good is considerably more dangerous than the amiable rogue who can easily be swayed by political opinion.

What, ultimately, every politician needs is that famous slave who whispers in his ear: “Remember thou art mortal”. What the rest of us need is not some mythical character or even several of them who will strive for power out of altruism or high principles but a system that would prevent them from imposing that altruism on the rest of us.
Posted by Helen at 01:05