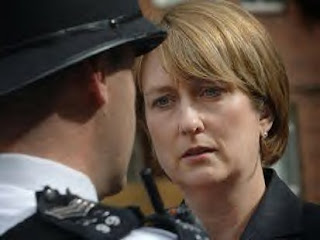 The Deputy Leader of the Likud Party, Moshe Feiglin, has received a letter from an "an unnamed Border and Immigration Agency official", that tells him that the Home Secretary, Ms Jacqui Smith has personally ordered that he should be banned from entering Britain because of some articles he has written.

Another article in the Jewish Chronicle gives a summary of Mr Feiglin's political biography, which seems to be of no interest to anyone outside Israel. Yet this man, who has had a career of activism in youth and some more political acumen subsequently, rather on the lines of some of our own Ministers, appears to have upset the Home Secretary enough to elicit a ban from her.

What makes it even more entertaining is that Mr Feiglin, who is due to give a lecture in Canada at the end of the month, has no plans to visit Britain, having been here last about 15 years ago.

I blame the post office. At first I thought this may be a case of a letter getting lost for 15 years but if Jacqui Smith's name is mentioned, it must be a relatively recent epistle from that unnamed official. So, clearly, it is a letter that has gone astray. The lady meant to ban the Hezbollah spokesman and journalist, Ibrahim Mousawi, whose somewhat controversial trip round Britain is taking place as we speak, but the letter went astray.

Then we should blame the Border and Immigration Agency. Having learnt that the Mousawi letter never reached the recipient they decided to send another one to some other Middle Eastern sounding cove.

What other explanation can there be?
Posted by Helen at 17:17