Who is the bigger threat? 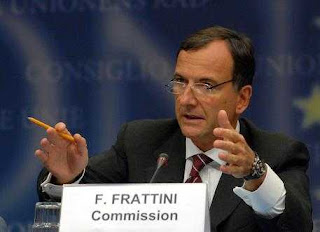 Franco Frattini, our egregious justice commissioner is at it again. Never one to miss the opportunity of pushing a bad idea, he has returned to the theme of giving the EU powers to control the internet.

His idea is that EU agencies should monitor sites with the intention of blocking those offering bomb-making recipes as well as making online recruiting of terrorists a punishable offence.

This is being earnestly discussed today by "interior ministers" of the EU member states and, on the table, is Frattini plan to develop the technology to track down terrorists who use the internet in planning attacks and acquiring basic knowledge, and sharing information.

However, Frattini assures us, the aim is not to "follow every person that 'googles' the word 'bomb' on the Internet," wary that the proposed measures have triggered criticisms amongst the civil liberties lobby (and others). 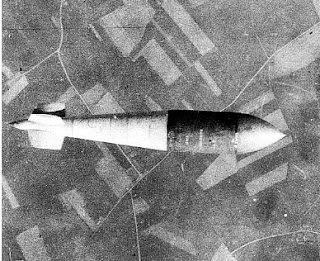 Well might Frattini be cautious as a straightforward Google search on the word "bomb" produced 73,700,000 hits, including such incriminating material such as this, this, this, this, this and even this. And if you want a really devastating bomb recipe, try here.

That is not to say that the internet should not be monitored by the security authorities. The web is as much a war-zone as the battlefields of Afghanistan and Iraq, and the terrorists have been highly adept at employing the technology of the Western civilisations that they so despise, in their pursuit of their mindless jihads.

That much was noted recently by New York police chief Raymond Kelly, who called the Internet "the new battleground against Islamist extremism". He argued that it provided ideology that could radicalise Westerners who might then initiate home-grown attacks, labelling it "the new Afghanistan," adding that it was "the de facto training ground" for terrorists.

In fact, some individual countries in Europe are already moving ahead to step up surveillance of the Internet. In Germany, Interior Minister Wolfgang Schäuble is seeking powers allowing investigators to send spyware on specific computers, relaying data to police computers as users operate online. 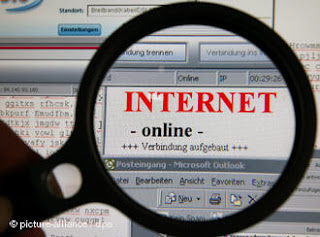 A court in Germany is also trying a man for posting al Qaeda hate messages and audio and video recordings, by Osama bin Laden among others, in an Internet chartroom for Islamists. The defendant's computer was being monitored for a year and a half by security officials before the man was arrested. In Sweden, too, the defence minister has cited the threat of terrorism to seek broad powers to monitor e-mail traffic without court orders.

The point, therefore, is not whether the Internet should be monitored, but whether the EU should be involved. Once again, we seem to be looking at yet another attempt at an EU power grab. Behind Frattini's concern for defeating terrorism is an ambition to create an EU-wide database on terrorism suspects, controlled centrally, to which police in the member state have access.

And he who controls the database has the ultimate power. In a sense, therefore, one could argue that Frattini is a bigger threat than the terrorists he claims to be fighting.