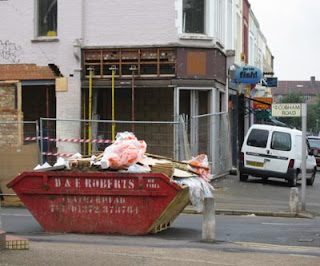 You would have thought that the black economy was none of the European Union's business, this being a simple matter of tax evasion. And, as we all know, taxation (and tax administration) is a matter for member states.

If you thought this, however, you would be wrong. Here we have another example of how the ingenious minds in the EU commission manage to stretch the meaning of the treaties to make them all-inclusive.

In this case, as the commission gaily explains:

The legal framework on free movement of workers is a safeguard against undeclared work. Free movement of workers is a basic right laid down in the Treaty, which works effectively for several decades. The basic regulations date from 1971 as far as social security is concerned (including for the self employed), and from 1996 as far as the rights of posted workers are concerned.

Once cross-border workers (whether in dependent employment or self employment), are correctly registered to social security and labour institutions, they can be controlled in the same way as nationals. It is thus crucial that cross-border workers and their employers have a user-friendly administrative framework to comply with these regulations. This is why the changes in the regulatory framework would notably aim to improve administrative transparency and simplification in the interest of the user, on the basis of better cooperation between institutions across borders.

Thus is it on that slenderest of pretexts that that, because an administrative system which permits "undeclared working" – as the commission prefers to call it – affects the "free movement of workers", it comes into the maw of the EU legislative vice.

Thus it was that, last week, that the commission decided to step up the fight against undeclared work.

As part of that fight, it issued a report on what it has decided is a "complex phenomenon with multiple drivers", then offering that the main reason for undeclared work is "the mutual benefit for both consumer and supplier (i.e. avoiding taxes and administrative burden)". One wonders how much they paid their consultants to tell them that.

Nevertheless, this has not stopped employment commissioner Vladimir Spidla (or his gifted staff) coming up with a raft of proposals which will be discussed by the European Council on 6 December and will in the fullness of time, spawn a whole raft of new legislative proposals.

Among the commission's proposals is a minimum wage, lowering work and social security taxes, increasing penalties for illegal work and cutting red tape.

Yet, intriguingly, the one thing which is also a huge drive of "illegal work", the commission does not even mention – generous and inflexible unemployment and social security benefits. One of the great problems many employers of casual labour find is that people are reluctant to sign off for short periods of work, and are equally reluctant to take low-paid jobs, simply because they lose out on cash and benefits.

But, despite the grip of the commission of this issue, they perhaps know better than to broach the subject of social security payments – much less suggesting that they should be reduced. That, even for the EU, would be a step too far.