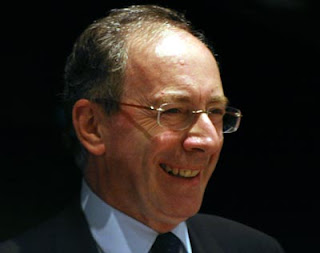 In a sense, the prime minister's Monday statement in the Commons on the IGC was a "closure", allowing a natural pause in media coverage on the EU treaty, until the Parliamentary battle starts for real in the New Year.

And so it is that comment on the treaty in the popular media has virtually dried up – almost, that is, apart from a sharp piece of damage limitation in the Spectator.

Leaked early to Tory Diary, this was the article by Malcom Rifkind, addressing the central fear of "team Cameron" that Tory splits over the EU treaty would become the story, rather than the treaty itself.

That very much looked the case on Tuesday, when the focus looked like it was shifting from Brown's referendum promise, to whether Cameron would offer a post-ratification referendum, in the event that the Tories got into power.

Such was the danger that the backroom boys clearly moved with remarkable speed to wheel on the old warhorse Rifkind, to hold the line, choosing to frame the "Cameron question" as a "trap" set by Brown "into which Tory Eurosceptics must not march".

The reference to "Eurosceptics", however, was confined to the title – over which the writer has no control - but, in the first line of the text, Rifkind elected to refer to "Tory Europhobes". That, as The Tap pointed out, is not only offensive, but erroneous, but it does mark out the man, and where he is coming from.

Under normal circumstances, anyone who reverts in an argument to ad hominem attacks has basically lost the argument, but the pro-treaty faction is not interested in argument. They have the power, and intend to use it.

Instead, there seems to have been developed a deliberate strategy of denigration of the opposition, the term "Europhobe" seemingly having gained a considerable currency of late. It even finds its way into a piece by Adam Boulton in this week's edition of The New Statesman. 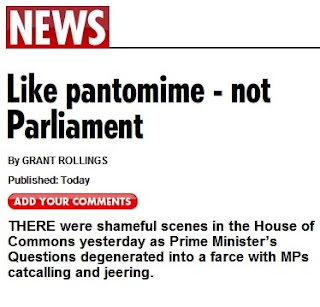 Name calling is, of course, the stuff of politics, but while it keeps the Westminster "village" entertained, there is good reason to believe that it plays less well out in the real world. Thus, while the political aficionados watch PMQ avidly, to watch their "champions" joust, scoring the exchanges with avid enthusiasm, ordinary mortals – evidenced by The Sun - watch the spectacle with growing dismay.

It is quite possible that Rifkind’s petty little name-calling will fall into the same category. If people such as he have to resort to these low-grade tactics, it says little for their message and their cause. And, whether Rikfind likes it or not, the "Cameron question" is not going to go away.