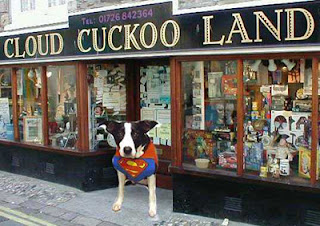 So, we turn to the op-ed page of The Sunday Telegraph and we read:

We're living in a new world of freedom, where people have more power and control over their own lives; where people's horizons are broader, their ambitions are greater and where they expect to make more and more decisions for themselves.

The first thought that crosses the mind is that the writer is painting a (highly optimistic) vision of the future, one to which we should aspire – indeed long for.

In response to these exciting changes in the way we live, I have been setting out a modern Conservative vision of political change.

This is David Cameron, leader of what used to be the Conservative Party. This is the man who is supposedly in touch with the people - and is going to take us to the promised land?

Then, another thought intrudes. We banish it, but it keeps coming back, with insistent force. If, after ten years of Labour "misrule", the result is that "we're living in a new world of freedom … etc.", what do we need the Conservatives for?

According to the Boy, it looks like we've been doing pretty well!